Parliament worried over the state of Ghana News Agency 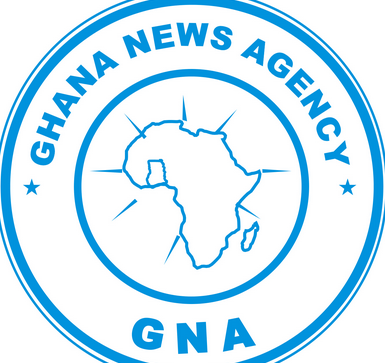 Parliament on Wednesday approved GH¢107.34 million for the services of the Ministry of Information for the 2018 financial year, but expressed worry over the dire straits of agencies operating under the Ministry.

The budgetary allocation for 2018 for the Ministry fell below its requirement of GH¢184.86 million, and also fell short of 24 per cent of GH¢141.07 million that was allocated to the Ministry in 2017.

“Unfortunately, the Ministry is grossly under-resourced. The allocation to the Ministry for the year 2018 means that the Ministry will find it difficult to procure some critical logistics and equipment to carry out its operations,” Mr Ken Ohene Agyaponng, Chairman of the Committee on Communications said in a report, presented to the House.

According to the report, as at October 2017, a little over 47 per cent of the total budgetary allocation of GH¢141.078 million to the Ministry had been released.

“The delay and in some cases the non-release of funds prevented the Ministry from undertaking some planned programmes and activities for the year,” the report added.

The agencies and institutions responsible for the implementation of the policies and programmes of the Ministry are the Ghana News Agency (GNA), Information Services Department (ISD), the Ghana Broadcasting Corporation (GBC), Ghana Publishing Limited, the Graphic Communications Group Company Limited and the New Times Corporation.

The Ministry of Information exists to facilitate free flow of adequate, timely and reliable information and feedback between the Government of Ghana and its various publics for socio-economic empowerment and enhanced democratic citizenship.

However, Members of Parliament, in contributions to the debate on the annual budget estimates on the Ministry regretted that Government has reduced the allocation of the budget to the Information Ministry, noting that, it would plunge the institutions into further distress.

From logistics constraints through shortage of staff, to power cuts, due to non-payment of electricity bills, the House called for effective measures to address the challenges for the GNA, GBC and the ISD to really fulfil their expected assigned roles.

“GNA is a pale shadow of itself,” said Mr Alhassan Suhuyini, MP for Tamale North, who is also a broadcast journalist.

He said as the national news Agency, it has not been handled well, and called for conscious effort with adequate budget allocation to resurrect it.

The Communications Committee report alarmed the House on the difficult challenges the Agency and the ISD found themselves, despite the urgent need for the nation to prepare itself to host globally the World Press Freedom Day in May next year.

The House was informed that despite its improved visibility on the international space by signing news exchange programmes with South Korea News Agency and the Palestine News and Information Agency, “the Agency has no functional platform for commercial news gathering and distribution and gradually losing its relevance, as private media takes over the landscape to the disadvantage of government communications.”

Also, the Agency’s News Management System is not functioning, and the agency plans to restore it, under a two year strategic programme.

Additionally, delays in the release of funds for the year 2017 affected the Agency’s ability to purchase electricity, broadband and fuel for its operational duties as well prompt payment of stringers fees, news gathering processing and dissemination.

Unfortunately, the Agency has not received financial clearance from the Ministry of Finance to recruit and is still awaiting response to letters to recruit at least 20 workers.

Mr Alhassan B. A Fuseini, The Minority Spokesperson on Communications and MP for Sagnarigu, called for more support for the Agency and other institutions under the Ministry.