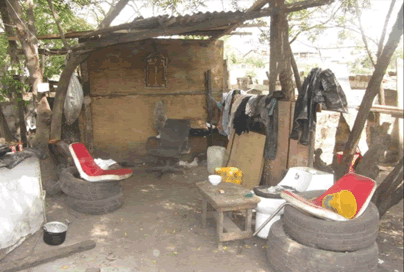 Over 500 illegal settlers at Mempeasem, East Legon under the high tension cable have been given one week ultimatum by the Accra Metropolitan Assembly (AMA) to quit or face demolition.

Some of them are rearing pigs and have allocated to themselves portions of land illegally and their operations have also given rise to criminal activities in the area including robberies.

Mr Sam Ayeh-Datey, AMA Coordinating Director, made this known to the Ghana News Agency, as part of efforts to make Accra clean under the National Sanitation Day programme at East Legon on Saturday.

He said the ultimatum to the illegal settlers followed persistence public complaints against stray pigs within the East Legon community, which exposed residents to serious health problems such as inhaling bad stench that could have deleterious effects on them.

He said some of the people living in the structures even dump their domestic waste on the compound and indulged in anti-social activities, hence the need for them to vacate or face demolition. 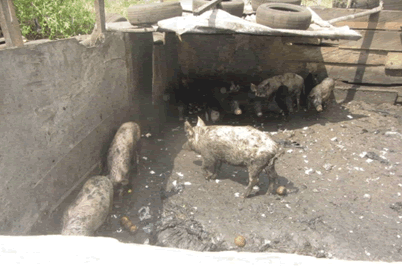 such a first class residential area.

Nana Doudu, A Retired Engineer and resident of the area the GNA interviewed, confirmed that the situation was a major problem in the community because of the endless fumes that emanated from the rearing of animals when it rains.

“We are happy and now relieved with such a wonderful exercise by the AMA to stringently enforce its environmental by-laws to bring to the areas”. He said.

He called on the residents of Mempeasem and its environs to support AMA to undertake the demolition exercise to ensure sound sanitary practices.

Surfline denies reports Vodafone was making moves to buy it