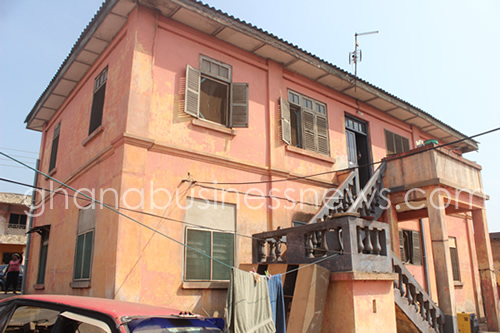 On December 2, 2016, a public holiday in Ghana, but not for me. As Managing Editor of Ghana Business News, I work all the time, including on holidays. I have learned online search skills that I deploy every now and then if I have to, to dig the cyber world for information or to dig into a story I am doing. Then I found this ‘gold mine’ of information that at that time had been sitting on the US Department of State website.

The Department of State posted a story of a fake US Embassy that was operating in Ghana for 10 years before security officials found and shut it down. There was mention of a Dutch Embassy as well that were all issuing both fake and legitimate visas. It said ‘several people were arrested’ in the operation. It said a house in Accra was being used for the purpose. The Department of State said an American flag was hoisted on the building on some days of the week.

In these days of fake news, I quickly put in the work, and as required started doing the journalism of fact-checking the information. I checked all other news websites that could possibly carry the story and drew bIank. There was also no presser from the US Embassy in Ghana for such an important story. I then got through by phone to the Press Attaché of the US Embassy in Ghana, Ms. Sara Stealy, who graciously promised to check on the information and revert.

About an hour later she returns my phone call and tells me the Ambassador will not be able to speak to the matter because it was under investigation.

I went ahead and published the story and it went viral! That story is the single most viewed story on our website to date.

It’s been almost a year since we broke the story. There has never been a Ghana government reaction to the story – no official statement has ever been issued. The story broke on December 2, 2016, five days to an election in which the ruling government was fighting for its political survival.

But a story today by the Guardian has found out that the fake Embassies story was false, as it could be.

Citing a Ghana Police Detective Lloyd Baidoo, he said the information in the story released by the US Department of State came from faulty intelligence that Baidoo’s office had received in June 2016 about a house being used to issue fake visas.

Indeed, there was an operation, the story says, by Ghana security operatives. Baidoo, recalls that just before dusk, in late June 2016, a Ghanaian Swat team, five detectives, and a diplomatic security officer from the US Embassy swooped in on an apartment. Inside, officers found 135 Ghanaian passports. The majority would turn out to be counterfeit. There were other passports too, mostly from other African countries. Some appeared to be real, but might have been stolen or bought on the black market. The passports contained visas for, among other countries, the US, the UK, South Africa, China, Kenya and Iran, the Guardian reported. It turned out this story was mixed with the surveillance report and made to look like one story and the photo of the wrong house was used.

But why would the US Department of State put up a story that is untrue?

The US Embassy in Ghana and the Department of State in DC have continued to refuse to comment on the story citing ongoing investigations.

Meanwhile, in an email communication on October 4, 2017 with the Press Attaché of the Embassy of Kingdom of the Netherlands in Ghana, Jan van der Veer, he wrote;

“A few months ago, the authorities in Ghana let us know that there never has been a fake Dutch embassy. The police did arrest some suspects because of possible fraud with documents. Five of these documents contained, among other visa, expired Dutch Schengen visa. As far as we know the investigation is still going on. Because there doesn’t seem to be a direct Dutch link in this case, we advise you to contact the authorities in Ghana for more information.”