A fake US Embassy which has been operating in Ghana for about 10 years has finally been discovered and shut down.

It is not clear exactly when that happened, but a joint task force of both Ghanaian and foreign security operatives shut down the fake Embassy operating somewhere in the capital, Accra, according to information published November 2, 2016 on the website of the US Department of State.

Members of an organized crime gang made up of Turkish and Ghanaian citizens operated the fake Embassy in Accra where they flew the American flag on the building every Monday, Tuesday, and Friday from 7:30am to 12 noon and issued fraudulently obtained, legitimate US visas, counterfeit visas, false identification documents (including bank records, education records, birth certificates, and others) for a cost of $6,000.

According to the Department of State, the suspects hanged a photo of President Barack Obama on the wall of the room and targeted mainly citizens of Ghana, Cote d’Ivoire, and Togo. 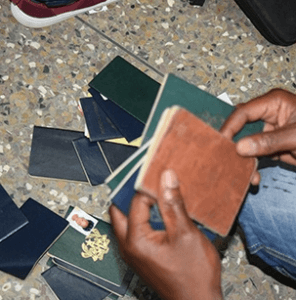 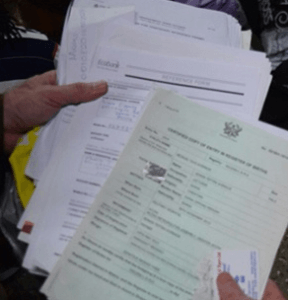 The scam was discovered following investigations, which is a small part of a broader “Operation Spartan Vanguard” initiative.

“Operation Spartan Vanguard” was developed by Diplomatic Security agents in the Regional Security Office (RSO) at the US Embassy in Ghana in order to address trafficking and fraud plaguing the Embassy and the region.

The information indicated that during the course of another fraud investigation in “Operation Spartan Vanguard” an informant tipped off the ARSO-I about the fake US Embassy, as well as a fake Netherlands Embassy operating in Accra.

“After receiving the tip, the ARSO-I, who is the point person in the RSO shop for “Operation Spartan Vanguard” investigations, verified the information with partners within the Ghanaian Police Force. The ARSO-I then created an international task force composed of the aforementioned Ghana Police Force, as well as the Ghana Detective Bureau, Ghana SWAT, and officials from the Canadian Embassy to investigate further,” it said.

The investigators also identified the main architects of the operation, and two satellite locations (a dress shop and an apartment building) used for operations.

It noted further that the scam operation didn’t accept walk-in services, but instead they went to the remote parts of West Africa to find customers that they brought to Accra and put in a nearby hotel.

During the raid, several suspects were arrested and evidence collected included a laptop computer; smartphones; 150 passports from 10 countries; legitimate and counterfeit visas from the US, the Schengen zone, India, and South Africa; and counterfeit identity documents.

While the information did not identify any of the suspects by name, it indicated that a Ghanaian immigration lawyer working with corrupt Ghana law enforcement officers were part of the scam.