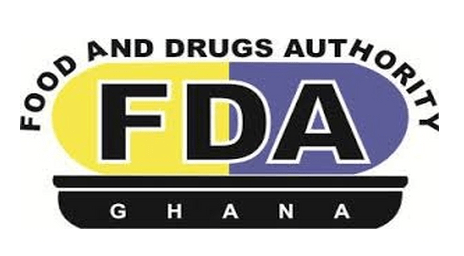 The Food and Drugs Authority (FDA) as part of its activities to ensure safer food especially during Christmas season, on Monday held a stakeholder workshop for operators of Food Service Establishments in Accra.

The workshop which brought together 31 participants from 19 Hotels, Restaurants and Eateries was aimed at training participants on the FDA’s regulatory requirements for the Food Service Industry in relation to inspections and issuance of Food Hygiene Permits, as well as the importance of Good Hygienic Practices.

The workshop was also to empower the operators of the food service establishments to assure consumers of safe food through self-compliance and regulation.

Mrs Delese Darko, the Chief Executive Officer, FDA said for a country which has lost hundreds of lives in the past from food borne disease outbreaks, the importance of good hygienic practices in the food service industry cannot be over emphasize.

Mrs Darko said it was therefore imperative for consumers not to be taken for granted and encouraged the food facilities operators to always bear in mind that access to safe and nutritious food is a basic individual right.

She further underscored the immense socio-economic benefits the food service establishments and its ancillary industry offer the nation and stated that these benefits include: convenience, socialization, more food choices and most importantly saving the consumer food preparation time.

Mrs Darko said when food is safe, it would in tend produce a healthy population who would be more productive thereby resulting in an enhanced economy, better businesses and enhanced tourism.

These positive effects according to Mrs Darko would result in increased sales and profit margins for the food service establishments.

Mrs Isabella Mansa Agra, the Acting Deputy Chief Executive Officer in Charge of the Food Inspectorate Division, presenting the situational analysis of the Food Service Industry to participants reiterated the provisions in sections 100 and 131 of the Public Health Act (2012), Act 851, which mandate the FDA to regulate the conditions under which food must be sold and to issue licenses to food manufacturing premises.

She however noted with displeasure some poor conditions the FDA had observed during its inspections at some food service establishments.

Mrs Agra throwing more light on these bad practices mentioned that the negative practices affect the safety of the food being served which implies that consumers do not access safe and nutritious food.

She said some of the challenges observed include the general sanitation, personnel issues, equipment cleaning and maintenance, storage practices as well as documentation.

Mrs Agra said the lack of good general sanitation in and around the food preparation area, the lack of maintenance or unavailability of equipment such as the temperature monitoring devices and personnel issues such as the lack of medically certified worker as well as the not having formal training in good hygiene practice and food safety issues compromise the safety of food prepared from these facilities.

The others she said included improper cleaning of utensils and other equipment’s, poor storage practices, the lack of documentation on the activities among other health hazard which all pose food safety threats to the consumer.

Additionally, participants were taken through the inspection and licensing criteria under which a food hygiene permit is issued to an establishment for operation.

They were therefore enlightened on what constituted major and minor non-compliances and the scoring system used by the Authority to grade premises based on which an establishment can either be issued or refused a hygiene permit.

Participants were also taken through the conditions for which a facility will be temporarily closed by the FDA.

As a way forward to making regulation simple for both the FDA and the food service industry, participants were encouraged to study the criteria for inspection and licensing, apply the criteria, and be self-regulatory.

They were also encouraged to join associations to regulate each other for best regulatory compliance.

The workshop which was the first in the series would be organised for all stakeholders in the industry including traditional caterers and food vendors to ensure they are sensitized nationwide.