More Ghanaians depend on charcoal for energy – Research 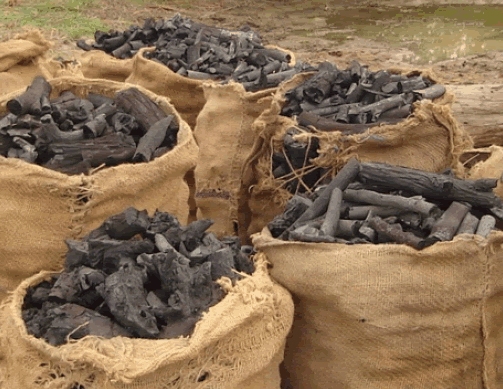 Charcoal production and usage is said to form the bulk of Ghana’s energy supply and consumption with the product contributing more than 60 per cent to the energy sector.

Charcoal is also said to be the main fuel that is used by majority of households in the urban centres.

Various presenters at a National Charcoal forum held in Accra on Thursday have therefore called for a concerted effort to ensure sustainable production in the charcoal value chain.

All the presentations at the forum were of the view that majority of Ghanaians, especially in the urban areas, continue to use charcoal as a source of energy in their households while those in the hinterlands, who produce the charcoal, rather use more of firewood.

A new research has also revealed that a total of 589,891.864 tons of charcoal was produced in 2016 in the country with the Brong Ahafo Region being a major producing area, accounting for 34.35 per cent of the production.

Northern Region is the second highest charcoal producing area with 26.74 per cent production while the Western and the Greater Accra Regions being the least producers with 0.oo3 per cent and 0.005 per cent respectively.

The National Charcoal forum was organised by Tropenbos Ghana, an Environmental non-governmental organization, in collaboration with the Ministry of Energy, Environmental Protection Agency and Energy Commission.

The theme for the forum was: “Property, Access and Exclusion along the Charcoal Value Chain in Ghana”.

The forum was held to discuss a research carried out on Charcoal production in Ghana, as part of a five-year Charcoal production research project, being undertaken by Tropenbos, in partnership with the Universities of Copenhagen and the Kwame Nkrumah University of Science and Technology (KNUST).

Mr Wisdom Ahiataku-Togobo, Director of the Renewable Energy Unit of the Ministry of Energy, who made a presentation at the forum, said through charcoal production, more than 60 per cent of energy, was lost in the conversion from wood to charcoal and a further 70 to 80 per cent was through inefficient cook stoves.

He said unfortunately through the production of charcoal, trees that were expected to be carbon sinks and in turn produce oxygen for humans and animals were being cut for charcoal and firewood in an unsustainable manner.

He therefore suggested that the charcoal supply chain, involving wood production, charcoal production, transportation, wholesaler, retail and consumer, should be well regulated through the provision of a sound policy that would help reduce the negative impacts of the industry on the forestry sector.

He said Ghana’s Nationally Determined Contributions (NDCs), thankfully, had made provisions relating to cooking energy, and it was ensuring the expansion and adoption of market-based cleaner cooking solution.

He said under the NDCs, Ghana would work to ensure the scaling up of LPG from 5.5 per cent to 50 per in the peri-urban areas by 2030, and also scale up access and adoption of two million efficient cook stoves up by 2030.

The country was also working to adopt efficient charcoal production technologies and techniques.

Professor Christian Pilegaard Hansen, a lecturer at the Danish Centre for Forest, Landscape and Planning, University of Copenhagen, said the Charcoal project that seek to induce knowledge and information for policy discussion was being sponsored with a GH¢5 milliom from DANIDA.

He said it would help provide knowledge on the charcoal commodity chain, profit, distribution and livelihoods, as well as the charcoal production dynamic and its impact on Ghana’s vegetation cover.

He said under the project that started in 2015, three PhD students and some Masters student were being trained to study on charcoal production and help inform the public on the issue.

He said the forum was therefore to help present the first batch of research on charcoal undertaken by the researches to help solicit views of stakeholders on the findings.

Professor Samuel Kwabena Nketiah, Director of Tropenbos said the Charcoal forum would continue to be an annual programme to deliberate on charcoal production until a more regularised programme was adopted to regulate the production of charcoal in a more sustainable manner.

Commission of Enquiry for Creation of Regions holds third hearing