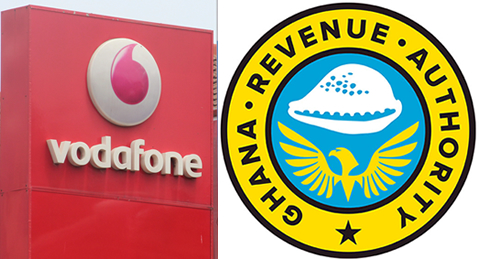 In a dramatic turn of events, even before the court begins hearing on the substantive case Vodafone Ghana has brought against the Ghana Revenue Authority (GRA) in the transfer pricing tax assessment dispute, Vodafone has amended the original writ before the court.

During exchanges, the GRA counteracted Vodafone’s assertions by arguing that after subjecting the company’s transactions to the Technology Transfer Regulation 1992, (L.I. 1547), it established that the transactions do not meet the Arm’s Length Test.

But according to Vodafone, while it was waiting for a response from the GRA, it instead received an audit report with a tax assessment of GH¢162,468,361.90 from the Transfer Pricing Unit of the GRA, which demanded that the stated assessment should be paid within 14 days. Vodafone however, objected to the demand.

In an affidavit to the court in response to Vodafone’s writ, the GRA among others pointed out that between 2012 and 2016, Vodafone Ghana has remitted GH¢2.1 billion to its parent company outside Ghana. The amount, the tax authorities say is about 30 per cent of the telecoms provider’s turnover, adding that the company has not paid corporate income tax for six years. A fact that Vodafone officials have admitted arguing that it is because the company hasn’t made any profit since it took over Ghana Telecoms in 2009.

The amended writ filed by Vodafone states: “Take Notice that this Honourable Court will be moved by counsel for the Applicant/Applicant (“Applicant”) herein for an order granting leave to:

The GRA has however responded in an affidavit to the court asking the court to dismiss the application with costs for reasons including that the applicant’s request in terms of paragraph 1 of its Motion paper offends and is prohibited by the rules governing amendments.