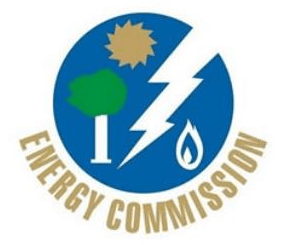 The Energy Commission has recognised the University of Energy and Natural Resources (UENR) as a leader in the area of solar energy.

The Commission has, in this regard, selected the University as the training centre for Solar PV Installers in the design, installation and maintenance of Off-grid and Grid-tied Solar PV Systems.

Professor Harrison Kwame Dapaah, the Vice-Chancellor (VC), said this when he addressed the sixth matriculation programme of the institution on Saturday in Sunyani.

A total of 1887 students were matriculated to pursue different academic programmes for the 2017/2018 academic year.

The number has now brought the total student population to 4,887 and out of those admitted, 1532 were undergraduates and 1,037 representing 68 per cent were males whilst 495 being 32 per cent were females.

Prof Dapaah said the University also has the Advanced Fire Information Systems (AFIS) facility with the capacity to detect and predict wildfire and flooding in West Africa, extending from Cameroun to Senegal.

He said UENR again has EUMESTAT installation for the collection of data on environmental conditions for the next 100 years.

The VC said these achievements amongst other are an indication that the institution is poised to become a leader in the educational enterprise through active research, teaching and innovation.

Knowledge generation in this century, Prof Dapaah said, was not confined to only the universities but included industry and other establishments.

In this regard, he said, the University had established partnerships and linkages with stakeholders and other bodies to generate and share knowledge to solve the country’s developmental challenges.

The VC expressed the continuous commitment of the University to engage and partner institutions and other stakeholders to provide platforms for students and staff to exchange ideas and produce knowledge for the mutual benefit of industry and the nation.

Prof Dapaah assured the fresh students that they were guaranteed of a friendly academic environment where both teaching and non-teaching staff were dedicated to preparing them for work in the future.

Established in 2012 with three academic programmes, the University began with 154 pioneer students but “has grown in leaps and bounds within the past six years and is currently running about 30 academic programmes”, Prof Dapaah said.

Operations of small-scale miners to be audited – Amewu