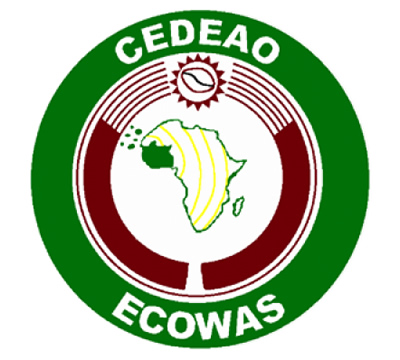 ECOWAS leaders have committed to fast-track measures leading to the creation and use of a single currency for the economic bloc by 2020.

At the Fourth Meeting of the Presidential Taskforce on a common currency for the West African Monetary Zone (WAMZ) that took place in the Nigerien capital, Niamey on Tuesday, the leaders pledged to ensure that the sub-region attained a common monetary convergence to enhance its integration agenda and bring prosperity to its people.

Nigerien President Mahamadou Issoufou and Ghana’s President Nana Addo Dankwa Akufo-Addo, who have been mandated by the ECOWAS Authority of Heads of State to monitor and supervise the implementation of the common currency programme of action, attended the meeting.

Ivorian leader Alassane Ouattara and Nigeria’s President Muhammadu Buhari, who are also members of the Taskforce, also took part in the summit, attended by ECOWAS’s Chairperson, Faure Gnassingbe of Togo.

In a communiqué issued after the meeting, the Taskforce took notice of and acknowledged the quality of the conclusions and the relevance of the recommendations that relate to measures for the acceleration of the ECOWAS single currency contained in the report of the Ministerial Committee meeting held earlier.

The Taskforce appreciated the progress made by all ECOWAS institutions involved in the conduct of the ECOWAS Single Currency Roadmap activities, and reaffirmed its commitment to the pursuit and the acceleration of the “economic, financial and monetary integration agenda of ECOWAS.”

Thus, the Taskforce endorsed the main recommendations of the Ministerial Committee and urged Member States to “pursue the structural reforms undertaken to overcome fluctuations in the prices of raw materials, and enable their economies to be more resilient to exogenous shocks.”

The Taskforce, in the communiqué, also urged Member States to take the necessary measures, including the attainment of the convergence criteria, necessary for the creation of the ECOWAS single currency by 2020.

The meeting instructed the Ministerial committee to within three months, meet to propose a new roadmap to accelerate the creation of the single currency by 2020.

They recommended a gradual approach, where a few countries, which are ready, could start the monetary union, whilst the other countries joined later.

The next meeting of the Presidential Task Force would take place in Accra, February 2018.

The Extraordinary Summit of Heads of State and Government of ECOWAS in October, 2013, appointed the Presidents of Ghana and Niger to supervise the creation of the single currency.

The two Presidents constituted a Task Force, whose membership included representatives of the President of Ghana and Niger; Ministers of Finance of Ghana and Niger; Governors of the eight Central Banks of ECOWAS member States; ECOWAS and UEMOA Commissions; West African Monetary Agency (WAMA) and the West African Monetary Institute, to advise them periodically on the monetary integration programme.

The membership of the taskforce was reviewed in 2015 to include the Presidents of Cote d’Ivoire and Nigeria, as well as the Ministers of Finance of the two countries.

The main objectives of the third meeting were to examine the revised roadmap on the realisation of the ECOWAS single currency by 2020; a proposal from the ECOWAS Commission on the creation of an ECOWAS monetary Institute by 2018; and the concern raised by the WAMZ Convergence Council on the revised macroeconomic criteria adopted by the 45th Ordinary Summit of the Heads of State and Government held in Accra on 10th July, 2014.

The criteria for attaining the monetary convergence are the reduction in rate of inflation, achieving minimal budget deficit, a significant financing of the economy by the central bank, and a foreign exchange reserve of up to six months.

After the third meeting, it was agreed, amongst others, that the Central Bank financing criterion be reclassified as a primary criterion because of its strategic importance to monetary and price stability.

The financial cost of a revised roadmap on the realisation of the ECOWAS single currency by 2020 was discussed and the sources of funding identified.