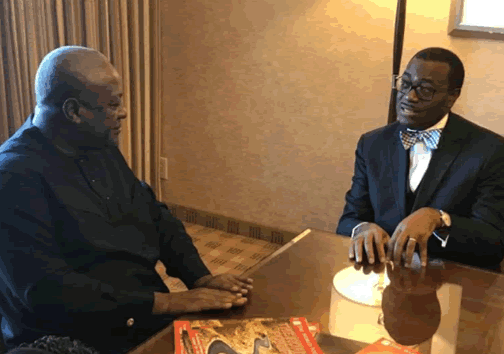 President Mahama is currently in Des Moines, Iowa in the United States of America as the Special Guest of Honour at a ceremony to confer the 2017 World Food Prize Award on Dr Akinwumi Adesina.

The Laureate Award Ceremony is part of the 2017 Borlaug Dialogue International Symposium organised and hosted by the World Food Prize Foundation.

Dr Akinwumi, a former Nigerian Minister for Agriculture, is being recognised for his leading role over the past decade in among others, helping galvanise the necessary political leadership to transform African agriculture.

He is also touted for introducing initiatives that have exponentially increased the availability of credit to small holder farmers across Africa and expanding food production in Nigeria.

Breast cancer survivors urge to lead fight against the disease