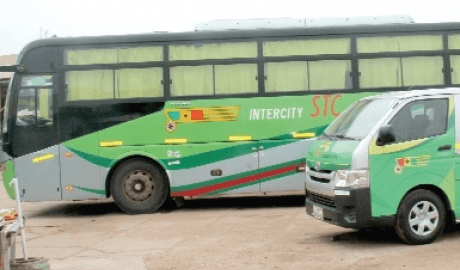 The Ashanti Regional Security Council (REGSEC) is urging calm as it takes steps to resolve the confusion between the State Transport Company (STC) and VIP Transport over the use of the Asafo Neoplan bus terminal.

Mr. Simon Osei-Mensah, the Regional Minister and Chairman of the Council, asked officials and workers of the two transport companies to get right with the law and avoid doing anything, likely to disturb the peace.

He warned that any breaches of the law was not going to be tolerated.

He made the call in remarks before the REGSEC got locked in a crunch meeting with officials from both sides in Kumasi.

This came barely 24 hours after near clashes – chaotic scenes at the terminal as operators of the VIP Transport attempted to physically prevent passengers from boarding an Accra-bound STC bus at the place.

The VIP is insisting that the terminal has officially been designated for its exclusive use and would not accept the presence of any STC buses.

It says any attempt by the state-owned transport company to operate from the terminal would be resisted.

STC is however calling the bluff of the VIP and maintains that it is within its right to operate from the place.

It adds that it has the permission of the Kumasi Metropolitan Assembly (KMA) to do that and cannot be chased out of the terminal.

A visit to the place by the Ghana News Agency (GNA) later in the day saw some STC buses parked and picking passengers without any hindrance.

VIP is uncomfortable with the presence of STC because of the fear of losing passengers to the latter.