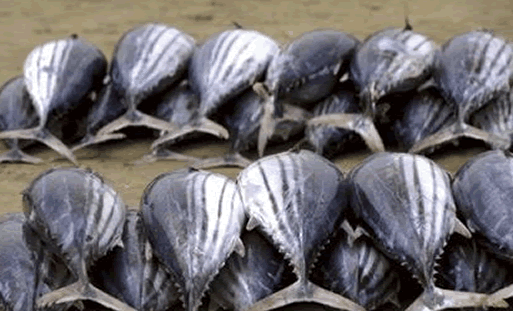 President of the Ghana Tuna Association (GTA), says apart from providing direct and indirect jobs, the industry can provide the government with about $250 million revenue annually.

The Association is therefore, calling for favourable policies from government to ensure that Ghana maintained her status as the Tuna hub of West Africa.

Mr John Farmer, President of the Association, in an interview with the Ghana News Agency, said Ghana was gradually losing its position as the Tuna hub of West Africa to the Ivory Coast.

Mr Farmer noted that some policies and regulations of governmental agencies such as high port charges and operations turned to have a negative effect on the exportation of Tuna and its related products.

He stated for instance that due to the quick turnaround and discharge at the Ivory Coast, most Tuna vessels now preferred to use their ports instead of that of Ghana.

“If we don’t manage these things well, our position will be shifting to other competitive countries”, he added.

He indicated that the Tuna industry apart from providing direct and indirect jobs, also provide government with about $250 million revenue annually.

He added Tuna has a huge market in Europe and Asia which Ghana must take advantage of as the country’s waters was dominated with the best tuna species in the sub region, with the main ones being the yellow fin, big eye and skipjack.

He indicated that Ghana must employ strategic policies to sustain and develop the Tuna industry as well as make good use of the available market.

Touching on the season closure for fishing which is being implemented as a measure to help replenish the country’s fish stock, he said the Ghana Tuna Association fully support the moratorium but called for a scientific approach rather than a mere closure.

Mr Farmer called for dialogue between the Association and the regulators to find a better approach which may include opening some particular places for fishing during the period.

He said a total closure could lead to loss of some revenue as vessels that might have invested some resources into its operations would be idle during the period.

The country currently has 38 Tuna vessels comprising of 17 purse-seine and 21 pull and line operating under the flag of Ghana.

The Ghana Tuna Association is an organization of various companies which have been in existence for over 30 years and have an objective of coordinating and sustainably managing fishes in the Atlantic waters.