May 10, 2017 General News Comments Off on China Fujing is desecrating the Volta river – Osuduku Manste 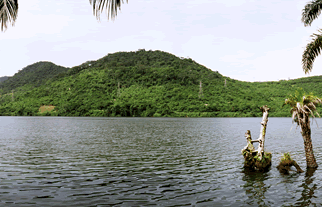 Nene Animle VI said the Chinese Fishing Company has been using moving machines and implements on Mondays while the Chinese crew also defecate into the Volta River which are absolutely forbidden.

“I invited them to meet me on the matter, but they failed to honor my invitation. They have also failed to provide the items needed to perform the necessary rites and rituals to address the violation.” he told a mini durbar which was organized to launch the 2017 Osudoku Dzehayemi (annual) festival at Osuwem.

According to Nene Animle VI, Osudoku had numerous chieftaincy and land disputes which were affecting the development of the area saying, “It’s pathetic to remind all of you that our area is among the most underdeveloped in the country”.

He pleaded with all parties to the cases to have sympathy for Osudoku and agree to the withdrawal and amicable resolution of the disputes out of court. “This will not only bring peace and unity but will also create the congenial environment which is a pre-requisite for any meaningful development,” he said.

Nene Animle VI congratulated Mr.Daniel Akuffo on his nomination as the District Chief Executive (DCE) for the Shai-Osudoku District Assembly.

“We thank His Excellency, the President of the Republic of Ghana for nominating somebody from our area for the position,” he said and appealed to the Assembly Members not to allow “this golden opportunity to elude us by confirming him when the time comes.”

The Paramount Chief observed that this year’s festival which would be known as Osudoku Aadegbor and would be held in September this year to coincide with the first anniversary of his installment as the paramount chief of the traditional area.

Mr Daniel Akuffo, the District Chief Executive (DCE) nominee of the President for the Shai-Osudoku District Assembly, appealed to the chiefs and people of Osudoku to unite behind him when he eventually becomes the DCE.

“I can’t serve you well with the numerous chieftaincy and land disputes that have divided the traditional area,” he said.