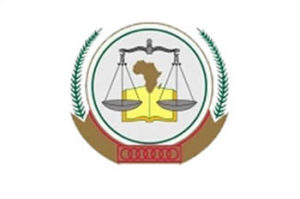 The African Court on Human and Peoples’ Rights has fixed May 8th to 24th for the 45th Ordinary Session to examine about 80 applications and four requests for advisory opinion, at Arusha, the United Republic of Tanzania.

Justice Sylvain Ore, President of the African Court explained that as at April 25, 2017, the court had received 138 applications and finalized 32 cases.

The African Court is a continental court established by African countries to ensure the protection of human and peoples’ rights in Africa. It complements and reinforces the functions of the African Commission on Human and Peoples’ Rights.

The African Court President therefore affirmed its jurisdiction to deal with all cases and all disputes submitted to it concerning interpretation and application of the African Charter.

The jurisdiction covers, the Protocol and any other relevant human rights instrument ratified by the States concerned and also has the power to render an advisory opinion on any legal matter relating to the Charter or any other relevant human rights instruments, provided that the subject of the opinion is not related to a matter being examined by the Commission.

Justice Ore said in accordance to the Protocol (Article 5) and the Rules (Rule 33), the African Court may receive complaints and/or applications submitted to it either by the ACHPR or State parties to the Protocol or African Intergovernmental Organizations.

“Non-Governmental Organizations with observer status before the ACHPR and individuals from States which have made a Declaration accepting the jurisdiction of the African Court can also institute cases directly before the Court,” he said.

He said: “African Court is neither a Court for the States nor a Court of the Judges, but rather a Court for all African citizens desirous to see an Africa which adopts zero tolerance to human rights violations.

“It is under this one condition that the African Court would have any sense and be able to make its mark in our common struggle to build a more worthy, more humane and more prosperous Africa”.

Justice Oré said for the African Court to grow in legitimacy and authority; “It has to have the means to accomplish its mission,… both human and material”.

He noted that the continental legal body also seeks to promote amicable settlement in cases pending before it in accordance with the provisions of the Charter; and to interpret a judgment it had rendered.

The African Court also has jurisdiction to review its own judgment in the light of new evidence in conformity with its rules.

Justice Ore explained that the procedure before the African Court shall consist of written, and if necessary, oral proceedings.

“The written procedure shall consist of the communication to the African Court, the parties, as well as the African Commission, as appropriate, of applications, statements of the case, defences and observations and of replies if any, as well as all papers and documents in support, or of certified copies thereof.

“The oral proceedings shall consist of a hearing by the African Court of representatives of parties, witnesses, experts, or such other persons as the Court may decide to hear,” he said.

He said every party to a case shall be entitled to be represented or to be assisted by legal counsel and/or by any other person of the party’s choice.

On Cooperation of the States; Justice Ore explained that the States Parties to a case have the obligation to cooperate so as to ensure that all notices, communications or summonses addressed to persons residing in their territory or falling under their jurisdiction were duly executed.

“The same rule shall apply to any proceeding that the African Court decides to conduct or order in the territory of a State Party to a case. When the performance of any of the measures referred to in the preceding paragraphs requires the cooperation of any other State, the African Court President shall request the government concerned to provide the requisite assistance,” he said.

Minister calls on workers to be committed to duty