Home / Tourism / Local pilots to be trained for paragliding festival

Local pilots to be trained for paragliding festival

April 16, 2017 Tourism Comments Off on Local pilots to be trained for paragliding festival 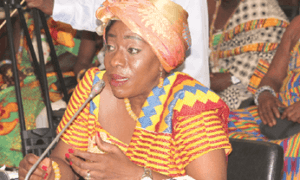 The Ministry of Tourism, Culture and Creative Arts would establish a training centre to train local pilots for the paragliding festival to reduce the high cost of inviting foreign pilots for that purpose.
The centre would also train other nationals from the West Africa sub-region which could bring in some foreign exchange for the country.
The Sector Minister, Ms Catherine Abelema Afeku, said this at the official opening of the Kwahu Paragliding Festival on the Odwenanoma Mountain at Atibie in the Kwahu South District.
She said the paragliding festival, launched in 2005, had assumed international dimension where a large number of foreign nationals traveled to Ghana to participate.
Ms Afeku said this had led to the springing up of hotels, telecommunication companies, breweries and catering services which had created employment for the people in Kwahu.
She said though there were a number of challenges such as poor road infrastructure and accommodation, efforts were being made to solve them to enhance the success of the festival.
Ms Afeku urged Ghanaians to participate in the paragliding festival to sustain it.
Mr Eric Kwakye Darfour, the Eastern Regional Minister and Member of Parliament of Nkawkaw, paid tribute to Jake Obetsebi Lamptey and Ferdinan Ayim for initiating the paragliding festival and called on all Ghanaians to contribute to sustain it.
Seven pilots, including two Ghanaians, from the United States of America, Japan and Romania are handling the paragliding.
Source: GNA