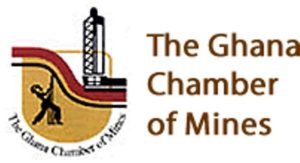 The Ghana Chamber of Mines has reiterated its commitment to good environmental management and to ensuring that the industry’s operations do not adversely impact the environment and the livelihoods of residents in host communities.

“The Chamber would like to assure the Honourable Minister of the commitment of our member companies to adhere to the highest standards of environmental stewardship,”  President of the Chamber, Mr Kwame Addo-Kufour said at a meeting with the Minister of Environment, Science, Technology and Innovation Professor Kwabena Frimpong-Boateng.

The meeting was to congratulate the Minister and assure him of the Chamber’s support for a successful tenure, to introduce the Executives of the Chamber of Mines, and to share ideas on how to collaborate with the Ministry to execute initiatives that would be mutually beneficial to the country and the mining industry.

Mr Addo-Kufuor said the mining companies over the years had worked hand in hand with the regulators, the Environmental Protection Agency and the Inspectorate Division of the Minerals Commission, to ensure the companies operated within the confines of the law to safeguard the environment.

He said despite the positive relationship, the directives of the two main regulatory agencies did not always converge, making compliance difficult for the companies with implications for additional costs and the efficient operations of the mining companies.

He appealed to the Minister to work with his colleague at the Ministry of Lands and Natural Resources to address the long standing conflicting roles between the two regulators and to assist in addressing the delays in granting permits for projects, which was a major challenge facing the mining companies.

Mr Addo-Kufuor expressed the hope that the tracking system would improve the process of permitting and ultimately help unlock investments necessary to expand and develop mines in the country.

On Mine waste water treatment, Mr Addo-Kufuor said since there was no single solution to the treatment of mine effluents, companies must be supported to use the most effective approach to resolve their peculiar challenges as was the case globally.

He lauded the progress made on the prescription of water treatment service providers and expressed the hope that with collaboration from both parties, significant strides would be made.

Another area of concern was illegal mining in which the Chamber expressed willingness to collaborate with the government to institute measures to protect the environment while providing small-scale miners with best available mining practices.

Except in 2015, the mining industry has been the leading contributor to the nation’s fiscal purse. Its contribution to direct domestic revenue improved from GH¢ 1.3 billion in 2015 to GH¢1.6 billion in 2016, representing a growth rate of 23 per cent.

In 2016, mining companies paid mineral royalty of GH¢550 million to the government. This implies that only GH¢27 million is expected to be returned to the district assemblies for development, he said.

Professor Frimpong-Boateng assured the Chamber that government would soon come out with measures to deal with the menace of illegal mining.

He said it was high time to save the rivers from pollution from the activities of the illegal miners through sustained deterrent measures to avoid water crisis in the near future.

Professor Frimpong-Boateng pledged to impress on the EPA to accelerate the process of granting permits to the mining companies.