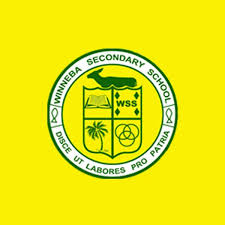 Eight students of the Winneba Secondary School consisting of four males and four females together with their tutor, returned home last night, after coming second in an International Science Competition, which took place in the United States of America.

The competition offered participants the option of choosing to work out scientific ways of dealing with environmental pollution, or providing the energy needs of people.

The Winneba Secondary School team had pollution as their project topic.

Mr. Cosmos Eminah, a science tutor of the Winneba Secondary School, who accompanied the students for the competition, told journalists on the team’s arrival that the International Research and Exchanges Board(IREB), a US based organization, came up with a programme to develop interest in science amongst students the world over.

He said out of seventeen senior high schools chosen for the competition in Ghana, three including the Winneba Secondary School were short-listed to participate in the final competition which took place in the US.

Mr. Eminah who was also the over-all coordinator and leader of the project, said the Winneba Secondary School team used moringa, neem leaves and charcoal to treat water containing bacteria or polluted water.
He said when samples of the treated water were sent to Winneba Water Works and tested, they were found to be 100 percent purified.

This, he said, was what the team demonstrated during the finals of the competition, which took place in the US.
Mr. Eminah said the students were interviewed by the Washington Times and other media out-lets, following their impressive performance.

Dr. Kwame Ampofo, Chairman of the Board of Governors of Winneba Secondary School, met the students on arrival at the Kotoka International Airport, and told them that their “can do it attitude” was key to their achieving much more in future.
Dr. Ampofo, also an old student of the School, urged the students not to rest on their oars, but strive to achieve even more and also, continue building upon their skills and knowledge, in order to make meaningful contributions towards the development of the country in the near future.