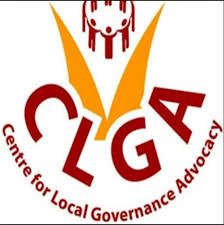 A statement signed by the Acting Executive Director of the CLGA, Dr, Vladimir W. Antwi-Danso, and copied to the Ghana News Agency, on Tuesday, said Article 252(2) of the 1992 Constitution stipulated that Parliament should annually make provision for the allocation of not less than five per cent of the total revenues of Ghana to the District Assemblies for development and the amount should be paid into the District Assemblies Common Fund (DACF) in quarterly installments.

It said the situation would be addressed by channeling the One  million dollar-One Constituency Fund through the DACF to meet the five per cent threshold set by the Constitution.

The Centre, therefore, called on Parliament to review the 2017 Budget Statement to rectify the anomaly so as to avert any legal tussle.

“We are calling on the Government to channel the One million-One Constituency fund through the DACF to ensure effective coordination and harmonisation of the resources that goes to the local level for development,” it said.

“It is the desire of the CLGA to see such a noble cause reflected in all the initiatives of Government not only in Ghana but across the African continent,” the statement said.

The statement said national development achievement were the aggregate of what happened in community by community basis, therefore, local governance needed to be actively involved in driving the development agenda of the country to ensure a thorough success.