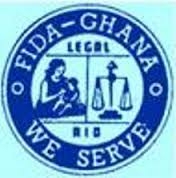 Affirmative Action is a human right issue, and not a battle axe to hack away at male hegemony, the President of the International Federation of Women Lawyers (FIDA) Ghana, Mrs Joyce Oku, has said.

She said those who argue against Affirmative Action believe that women activists seek to wield the Affirmative Action law as a weapon of attack against so called “perceived inequality claims that reduces women’s productive potential.”

In her welcome address at a dialogue on the passage of the Affirmative Action Bill organized by the Friedrich Ebert Stiftung (FES), in collaboration with the International Federation of Women Lawyers (FIDA) Ghana, she noted that the underlying motive for affirmative action is rooted in the constitutional principle of equal opportunity which holds that all persons have the right to equal access to self-development.

“The representation of women in formal decision-making positions is an important factor to improve gender equality…However, gender inequality manifests itself in all aspects of our human life; the Women’s Manifesto of Ghana identifies some critical areas of concern which includes economy, agriculture, security, education, health, politic, law and media among others,” she said.

Mrs Oku indicated that the fewer women participating in formal decision-making has ultimately resulted in diminished recognition of the interests of women who constitute the majority of the population.

She cited Senegal as a country worthy of emulation as the Senegalese women’s movement and the political will of its former President, Abdoulaye Wade resulted in the passage of a gender parity law in May 2010.

This move, she pointed out has made Senegal the county with the third highest number of women in Parliament in Africa after Rwanda and Seychelles.

She urged all participants to push for a gender parity law that will create stronger and more responsive Ghanaian institutions that prioritizes the interests of women and girls to build resilient societies.

The Minister for Gender, Children and Social Protection, Otiko Afisa Djaba who was also present at the event noted that since the government put in place an Affirmative Action policy in 1998, not much effort has been made to make the policy a reality and therefore governments could not be held accountable to that commitment.

The minister has pledged on various platforms her commitment to ensure the passage of the Affirmative Action Bill into a law to protect women’s rights, and also to ensure women are  elected to key decision making positions.