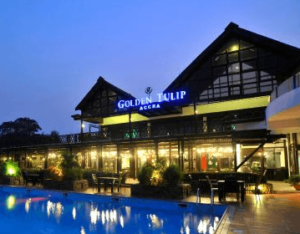 The Golden Tulip Hotel was on Thursday convicted to a fine of GH¢600.00 for failing to register with the Data Protection Commission (DPC) by an Accra Circuit Court.

The company is said to have failed to register with the DPC even though it processes personal data of customers and staff of the company.

Under the law all organisations that collect data of persons and entities are to register with the DPC.

In sentencing the court presided over by Mr Aboagye Tandoh said the fine is to serve as a deterrent to other companies who also processes personal data of customers and staff.

The company represented by its General Manager at the last adjourned date pleaded guilty and was granted bail in the sum of GH¢4,000.00 with one surety.

Counsel for the company, Nana Adjei Baffour Awuah told the court that the company was in the process of registering with the DPC, and that just that morning they had paid some monies at ECOBANK to commence the process.

He said the only challenge was that they did not finish the process before the summons was served.

He prayed the court to tamper justice with mercy as his client was innocent and also because the processes were still ongoing.

The court presided over by Mr Aboagye Tandoh after the conviction directed that the company to complete the process in a week’s time.

Prosecuting, Assistant Superintendent of Police (ASP) Stephen Adjei told the court that complainant is the Executive Director of the DPC in Accra, while the culprit is the Golden Tulip Hotel represented by its General Manager.

He said during the month of October 2016, a report was made to the police that some institutions and organisations identified as data collectors have failed to register with the Commission as required of them by law but are processing personal data.

He said investigations were carried out and the culprit being Golden Tulip, a data controlling institution, was identified as the defaulter.

The prosecution said, the company was subsequently summoned to appear before the court.