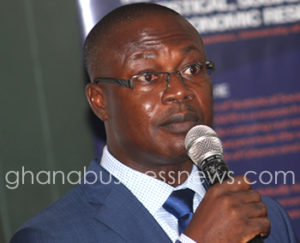 There is a looming banking crisis in Ghana, unless the government and central bank take the right steps and decisions, following economic decline by the end of 2016.

The ratings agency, Moody’s issued a report in February 2017, indicating that Ghana banks in addition to the problems of non-performing loans, are facing high asset risks.

Moody’s pointed out that the banks are facing these risks, despite solid capital buffers, stable funding and an economic recovery expected in the country.

According to the report, the increase in problem loan levels was driven by large exposures to energy companies, for which unpaid government subsidies prevented scheduled bank loan repayments.

Meanwhile, the Institute of Statistical, Social and Economic Research (ISSER), has warned that the performance of the country’s monetary sector in 2016 mainly driven by a decline in inflation, slower growth of credit to the banking sector and an increased lending risk are symptoms of a struggling economy and a looming banking crisis.

Presenting the 2017 post budget analysis in Accra today, Dr Charles Godfred Ackah, Head of the Economics Division of ISSER, noted that, 2016 ended with a Monetary Policy rate of 25.5 per cent and an inflation rate of 15.4 per cent by the end of December 2016 with the decline mainly caused by non-food factors and a relative stability in the local currency.

He said credit to the private sector in the same year also recorded slower growth resulting from the tight monetary policy recording an annual growth of 22 per cent in 2016 compared to 26.1 per cent recorded in the preceding year.

According to him, lending risk continued to surge with growth in total outstanding credit to the private sector declining from 24.9 per cent in 2015 to 17.6 per cent in 2016.

“This development is quite worrying given that historically, financial intermediation has been low in Ghana compared to comparator economies. We need appropriate regulation of the financial system to achieve the twin goals of inclusive growth and financial stability,” he said.

Additionally, the stock market also suffered some negative movements with the Ghana Stock Exchange Composite Index declining by 15.3 per cent while Total Market Capitalisation also suffered a decline of 7.8 per cent.

The exchange rate, he pointed out, remained relatively stable due to the tight monetary policy stance and improved inflow of foreign exchange, but it was short-lived in the run-up to the December 2016 elections due to demand pressures and some market speculations.

A report by Movehub released last month, indicated that Ghana topped its peers as the most expensive country to live in, in 2017. However, ratings agency, Moody’s projects that Ghana’s economy will grow more than six per cent in the second quarter of 2017 as the country will benefit from the “continued development of the Tweneboa, Enyenra and Ntomme (TEN) oil field and production at the new Sankofa field.

Analyzing the budget presented by the Finance Minister, Ken Ofori-Attah, ISSER concluded that the budget brings hope to the private and monetary sectors but its outcome will significantly depend on the degree to which key actors within the economy respond to the tax stimulus and other policy initiatives.

This maiden edition of the post budget analysis organized by ISSER was necessitated by calls from the media asking for the outfit’s view on the 2017 budget presented by the Finance Minister on the floor of parliament a week ago.