FDA denies there are poisonous drugs on the market 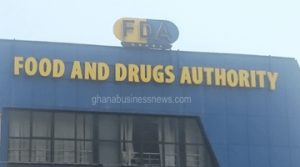 The Food and Drugs Authority (FDA) on Thursday said, there was no poisonous drugs on the Ghanaian market as being speculated in the media.

“The FDA wishes to inform the general public especially the media that the information is false and should be ignored”.

A statement issued and signed by the Acting Chief Executive, Mrs Delese A. A. Darko and copied to the Ghana News Agency said the European Union (EU) has not ranked Ghana as the sixth for fake drug producer in 2013 by the EU as being speculated in the media.

“The FDA wishes to assure the public that adequate regulatory measures are in place in line with international best practices to ensure public health and safety and these measures are regularly reviewed to ascertain and improve their continued effectiveness”, it said.

The statement assured the public that the FDA’s laboratory was an ISO 17025 accredited and had the largest scope of accreditation in the whole of Africa.

It added that the FDA has a safety monitoring system for drugs (pharmacovigilance) which had been highly rated in sub-Saharan Africa and was part of a consortium designated as a Regional Centre of Regulatory Excellence (RCORE) in Pharmacovigilance by NEPAD and the African Medicines Regulatory Harmonization.

The FDA is also designated (by the same international bodies) as a RCORE in Medicine Evaluation and Registration.

“With the stringent regulatory measures put by FDA, the World Health Organisation (WHO) has on several occasions recommended several countries on the continent to understudy Ghana FDA’s regulatory systems”.

The FDA said it has come to its notice that there were some media publications describing Ghana as being ranked sixth by the UU for having poisonous medicines on its market following seizures of fake medicines on the borders by EU customs in relation to suspected violations of Intellectual Property Rights.

The said publication is not only full of factual inaccuracies but also misleading and dangerous in that it seeks to create unnecessary panic and erosion of confidence in the ability of the local pharmaceutical industry to produce quality, safe and efficacious medicines; as well as the ability of the FDA to protect public health and safety by way of ensuring the availability of quality, safe and efficacious medicines in the market.

The seizures involved assorted products including luxury goods such as watches, sunglasses and clothing. Ghana’s bit was on detention of large shipments of batteries not fake medicines as alleged in the publication (Ref:http://sips.gov.ua/i_upload/file/twinning-presentations/en/14_2013_ipr_statistics_en.pdf).