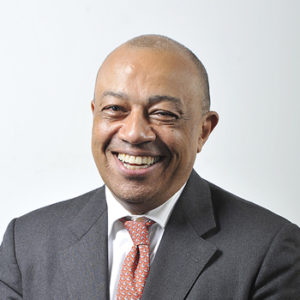 Mr Lord Paul Boateng, Representative of the House of Lords, United Kingdom, has called on Africans especially Ghanaians to seek economic emancipation and take over their resources.

He has also advised Ghanaians to seek for global hands that would help take care of the country’s resources.

Mr Boateng made the call in an interview with the Ghana News Agency in Accra at the opening of the African Diaspora Homecoming Conference.

The conference, which is slated for March 5 to March 11, seeks to evoke the spirit and memory of 1957, when Ghana’s independence, which was a source of pride for peoples of African descent, was attained.

Lauding Ghana for being a beacon for Africa, Mr Boateng charged leaders to build Intra African trade that would invest in the youth.

“It is optimistic and important to use the 60th anniversary as a goal to build sustainable life and recognise the contribution of the young people,” he said.

The seven days conference being organised by HASCA and partnered by the Ministry of Tourism, Culture and Creative Arts, National Commission for Civic Education and the United Nations Education Scientific and Cultural Organisation, brought participants from London, Paris, Washington DC, New York, LA and beyond.

It is to engage and reflect on Ghana’s achievements over the past six decades, celebrate Ghanaian excellence at home and abroad and form a common vision for the progress of people of Africa descent.

It also offered participants the opportunity to build networks for trade, commerce and investment on the continent.

There were panel discussions on legacy, politics in historical context, education and leadership, entrepreneurship, innovation across borders, creative arts among others with Mr Boateng, being one of the speakers.