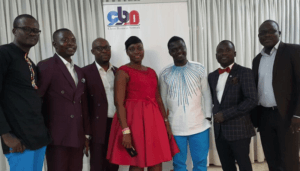 The Christ Apostolic Church International (CACI) will celebrate its centenary anniversary in the year 2017, Mr Cephas N. Dosoo, the Secretary to the Odonkor Central branch of the CACI has announced in Accra.

He said the event would be on the theme: “100 years of Impacting the World through Pentecostalism”.

Mr Dosoo, who is also the Secretary of the Centenary Planning Committee, noted that: “there will be prayer sessions to prelude the anniversary activities from 2nd January to January 8, 2017, where all pastors of CACI will converge at Asamankese, pray for the Church, the nation and the success of the centenary celebration”.

He made the announcement at an End of Year Dinner hosted by the Christ Business Network (CBN), a Christian movement with the mandate of mobilizing professionals within the CACI for fellowship, networking and service.

Mr Dosoo who was briefing CBN members on the preparations towards the celebration, said the anniversary would be officially launched on February 11, 2017.

He outlined activities lined up for the centenary launch to include: the launch of a book on the ‘History of Pentecostalism in Ghana’ as well as a CACI Anniversary Album’.

Mr Dosoo said other activities to mark the celebration at the National, Circuit, Area and Territorial level from March to November 2017 include; Quiz competitions, Health Talks, House to House Evangelism, Clean up exercises, Praise and Worship Nights, Awards and Thanksgiving services.

Professor Geoffrey Emi-Reynolds, the Chairman of the Centenary Planning Committee and Territorial Deacon of the Accra East Territory of CACI, indicated the Committees’ preparedness to tap into the rich and varied expertise of members of CBN.

He therefore, appealed to the members of CBN to contribute their quota – both human and material resources – towards the successful implementation of the centenary celebrations.

In his welcome address, Mr Theophilus Appiah- Agyei, the President of CBN said the group’s vision was to be an immediate source of resource; both human and material, for the body of Christ.

He said the end of year dinner formed part of CBN’s networking and fellowship sessions to promote unity among members.

Touching on the achievements of CBN, Mr Appiah-Agyei said CBN in its first year of existence had been duly registered, inaugurated with elected leadership, and has a draft welfare policy document pending acceptance by the CBN General Assembly in April 2017.

He said CBN had a promulgated working constitution, adding that “we intend to form a strategic planning committee at the upcoming General Assembly in April, 2017, to develop a strategic plan for the group”.