SADC countries lose more than $313b to illicit financial flows 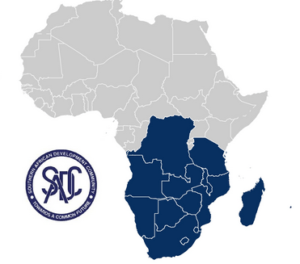 The countries of the Southern African Development Community (SADC) have lost an amount of $314 billion to illicit financial flows in 10 years from 2004 to 2013.

The amount was arrived at from a ghanabusinessnews.com computation of data from the Global Financial Integrity (GFI), a not-for-profit research organization based in Washington DC that focuses on illicit financial flows.

South Africa alone lost $209 billion and Seycheles, which lost the least amount of money lost some $458 million. Data on Seycheles was available only for six years.

The SADC consists of 15 countries; South Africa, Angola, Botswana, Democratic Republic of Congo, Lesotho, Madagascar, Mauritius, Mozambique and Malawi. The others are Seychelles, Namibia and Swaziland. The rest are Zambia, Zimbabwe and Tanzania.

Meanwhile all the 54 countries in Africa lost some $860 billion within that period.

The funds are lost through trade misinvoicing and leakages in the balance of payment.

The GFI found that these loses occur through the manipulation of trade figures and leakages in the balance of payment of these countries.

The Economic Commission for Africa (ECA) recently made a call for a coherent and coordinated approach to stem illicit financial flows from the continent.

“Given the mosaic of actors and ongoing and prospective initiatives on the different dimensions of IFFs at national, regional and global levels, there is need for coherence, coordination and complementary partnerships,” said Ms. Opoku-Mensah, Head of Special Initiatives in the Office of the Executive Secretary of the ECA has said at the end of a stakeholders meeting in Nairobi, Kenya in November on action plans to deal with the menace.

Presenting the terms of reference for the Consortium to stem Illicit Financial Flows from Africa at the Nairobi meeting, Advocate Monjaku Gumbi, Senior Advisor at the Thabo Mbeki Foundation, said Africa was a net exporter of capital, adding that the continent will not apologize to anyone for its fight against illicit financial flowss.

She said there’s need for organizations working on stemming the flows on the continent to collaborate with one another on related activities at national and continental levels.

By Emmanuel K. Dogbevi
Copyright © 2016 by Creative Imaginations Publicity
All rights reserved. This news item, or any portion thereof may not be reproduced or used in any manner whatsoever without the express written permission of the publisher except for the use of brief quotations in reviews.

US announces $92m in additional humanitarian assistance to Nigeria