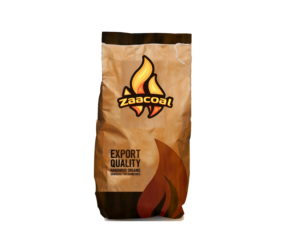 In 2013 Amin Sulley Abubakar in his final year at law school took a risky decision of using money meant for his school fees to begin testing and production of an innovative idea he had – producing charcoal from organic waste.

When he started working on the idea no one believed in him and none was unwilling to invest in it. The only option he had left, was to risk using his school fees to start the project which has now turned into a company providing direct employment to six more people.

His startup company is Zaacoal which makes charcoal from organic waste.

“The idea came out of curiosity – the whys, hows, and what to do with the waste that has engulfed the city. It took a lot of reading, researching, trials and failures to get it right,” he said.

The initiative which started on a small scale in his home at Fadama in Accra now has a production house where about hundred bags of organic waste are turned into charcoal daily.

“I first started from my house in Fadama and I didn’t even know what I was doing,” he said.

As with most entrepreneurs starting a business, he faced the challenges of funding and the technical know-how and he is still experiencing these challenges while growing.

He relies on the services of coconut and sugar cane sellers for organic waste materials for production. “We have partnerships with these waste generators where they supply it to us for a fee.”

His innovation is helping to reduce the chunk of filth generated in Accra daily.

Reports available indicate that Accra alone produces 2,200 tons of solid waste daily and about 300 to 500 tons are not collected.

Additionally, it is saving the forests and trees because while the traditional charcoal is produced through felling of trees, Zaacoal relies on waste materials for coal production.

According to the Ghana Forestry Commission, the country at the turn of the millennium had a forest cover of over 8.5 million hectares, but this has reduced to 1.2 million hectares as at 2008 and the charcoal industry is part of the problem.

Report elsewhere also indicates that felling of trees for charcoal and firewood is a very lucrative business and hence difficult to stop because charcoal happens to be the major source of energy for cooking in most Ghanaian homes. It is estimated that, about 90 per cent of Ghanaians use charcoal or firewood to cook at home.

“My co-founder, Zakari Mahmud who is also the production manager has been very helpful from day one. We began selling on a small scale last year because we worked manually but now we have a production house and so we are able to produce more than we started with.”

Zaacoal sells its products through local community women in Fadama, Abeka and Darkuman. They also have a website where people could order their products online.

The startup is self funding for now but hopes to be the preferred choice of clean energy in Africa.

Abubakar’s word of encouragement to young people is that “Young people should take up the challenge of starting their own businesses. It is tough though but it will pay off at the end.”

Copyright © 2016 by Creative Imaginations Publicity
All rights reserved. This story, or any portion thereof may not be reproduced or used in any manner whatsoever without the express written permission of the publisher except for the use of brief quotations in reviews.