‘Americans not truly honest on issue of woman President’ 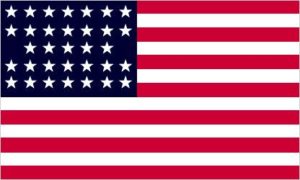 The United States (U.S) Ambassador to Ghana, Robert P. Jackson has observed that American voters were not entirely honest about whether or not they were prepared to have a woman as President as they went into last Tuesday’s Presidential election.

Ambassador Jackson was responding to a question during an interaction with the media at a Presidential Election Breakfast Celebration held by the U.S. Embassy in Accra.

He said the outcome of the 2016 U.S. Presidential election had presented a moment in the history of that nation when the people had to reflect on the role of women, especially in politics.

On an optimistic note, however, he indicated that since America had had its first African-American President, it would have its first woman President at some point.

“We thought that was going to happen now but it seems we have to wait till when the American people think is right”, said the Ambassador.

Asked about President-elect Donald Trump’s  likely stance on immigration, Ambassador Jackson said the President-in-waiting would probably take a tougher action on the issue than what was seen during the current administration, with a possible crackdown on illegal immigrants.

He, however, added that “Öne of the things that make America strong is its diversity. There will be steps to maintain diversity by encouraging other nationals to come to the U.S., but processes will be put in place to ensure security”.

On US-Africa relations under the Trump Administration, Ambassador Jackson noted that there had been no significant policy change in that direction for quite some time now, and that there wasn’t likely to be any dramatic shift from the current situation.

Nonetheless, there would be a continued interest in Africa because the US regards it as an important partner in many aspects, including trade, the envoy added.

Republican Donald John Trump who had trailed behind Democrat Hilary Clinton in forecasts throughout the campaign trail, as well as during the  greater part of the voting process, defied all odds to clinch a surprise victory in Tuesday’s Presidential election.

“Now it’s time for America to bind the wounds of division — have to get together,” he said. “To all Republicans and Democrats and independents across this nation, I say it is time for us to come together as one united people”, said the President-elect in his speech after the outcome of the poll had been declared.