Apple, Google and Coca-Cola are most valuable global brands – Interbrand

October 6, 2016 Africa/International Comments Off on Apple, Google and Coca-Cola are most valuable global brands – Interbrand 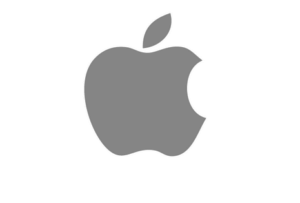 Apple, Google and Coca-Cola have been named the three most valuable brands in the world.

According to the 2016 Best Global Brands report by Interbrand, automotive and technology brands dominate the ranking, with Tesla and Dior entering the Top 100 brands.

The report notes that for the fourth year in a row, Apple and Google claimed the top positions.

The annual report, in its 17th year, according to Interbrand, analyzes how brands help grow businesses—from delivering on customer expectations to driving economic value.

This methodology was the first brand valuation method to become ISO certified, it added.

Interbrand also notes that the ranking is based on three key components that contribute to a brand’s cumulative value: The financial performance of the branded products and services; The role the brand plays in influencing customer choice and the strength the brand has to command a premium price or secure earnings for the company.

“Apple’s brand value grew by five per cent to $178,119 million, while Google’s brand value rose 11 per cent to $133,252 million. Coca-Cola, Microsoft, Toyota, IBM, Samsung, Amazon, Mercedes-Benz and GE round out the Top 10. Dior and Tesla enter the Best Global Brands report for the first time, at #89 and #100 respectively,” it said in a press release copied to ghanabusinessnews.com.

The report indicates that with a combined 29 positions, automotive and technology brands dominate this year’s report. Retail is the Top Growing Sector, increasing 19 per cent, followed by the sporting and luxury sectors—each experiencing a 10 per cent increase.