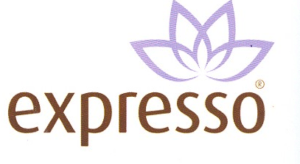 The Staff of Expresso Ghana, an African telecommunications services company, have asked their management to settle at least one-third of their accrued salaries by the first week in October, else they would advise themselves.

In 2016, however, 18 per cent of the company’s shares were sold to an unidentifiable buyer and the remaining 82 per cent transferred to an escrow agent.

Mr Samuel Asamani Afari, the Local Chairman of the Communications Workers Union of Kasapa Telecom, addressing a media conference, in Accra, said the staff had worked for 18 months without salaries, which was hugely affecting their responsibilities at home.

He said the company, whose owners were unknown to them, had denied the workers of their entitlements under their Condition of Service.

These include the payment of Social Security and National Insurance Trust (SSNIT) contributions and the releases into their Provident Fund, the non-payment of the second Tier of pension and medicare benefits.

“This means becoming ill is tantamount to a death sentence,” he said.

Mr Afari said the negotiations at both the Local Union and at the National levels to resolve the impasse with the management had proved futile, adding that, the day marked the end to the series of letters written, correspondence and meetings with the management to settle their unpaid salaries and benefits.

“We only want management to meet us half way, by telling us what the problem really is because the situation is unbearable for us and most, especially, to the married ones in our midst,” he said.

Expresso offers a wide range of products and services to meet the needs of customers and is a key player in the implementation of the Africa Coast to Europe (ACE) submarine cable.