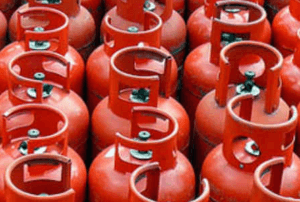 The National Petroleum Authority has said filling Liquefied Petroleum Gas Cylinders to the brim poses a deadly trap and cautioned gas users against this growing practice.

It said LPG by its nature expands and so cylinders were supposed to be filled to about 80 to 85 percent leaving the rest of the percentage to take care of the expansion.

Mr Edward Odei from NPA was speaking to various women’s groups brought together by the Western Regional Office of the Department of Gender on the topic, “Safe Use of LPG Cylinders”.

Some of the women alleged that some filling stations were willing to fill the 14.5kg cylinders which cost GH¢55 to the brim at a cost of GH¢70 a practice, the Authority deemed dangerous and deadly.

Mr Odei said some main causes of accidents in the use of the LPG included poor installation, poor maintenance and the wrong fitting of the valve among others.

He reminded the participants to always keep the cylinders in a vertical position with the valve on top, install the cylinder at ground level with the banner at a higher level than the cylinder; and ensure adequate ventilation at floor level and top level.

The LPG users were also advised to check rubber tubes regularly for cracks, change rubber tubes once in every two years, avoid exposing the cylinder to naked fires, sun, rain, dust and heat; and also the regulators should always be kept in off positions when the cylinders are not in use.

Mr Paul Evans Aidoo, Western Regional Minister, whose speech was read on his behalf, said government was working at weaning the larger population from the use of firewood and charcoal hence the effort to encourage the use of LPG.

He reminded them of the need to promote peaceful discourse in this election season to enable the country have a peaceful elections.

Spanish officials discover 737 assault riffles, grenade launchers worth $1.64m from US to Ghana