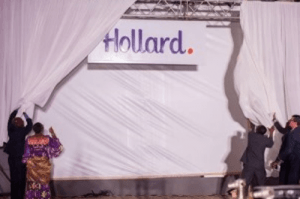 There would also be an exchange programme for coaches, players and the technical team, as well as an insurance cover for the playing body and management and also recruit quality players.

He said the company had put on the Ghanaian market, five products, which would enable the supporters of the club an opportunity to contribute financially to the club by buying the policy, adding that, a percentage of that would be given to the team.

He said the company would soon come out with a promotion where supporters would have the opportunity to win prizes such as fuel coupons, mobile phones and call units.

‘We decided to sponsor Kotoko because we believe it has a rich history and also a large supporters base worldwide. This we believe would help Kotoko financially,’ Mr Aduna added.

Samuel Opoku Nti, Managing Director of Kotoko thanked the implementing agencies for designing such a wonderful idea by bringing the companies together.

He thanked Otumfuo Osei Tutu, Asantehene and the Board members for giving him the opportunity to steer the affairs of the club.

Mr Opoku Nti said he would do everything possible to ensure that the club regain its lost former glory, as one of the best clubs in Africa.

He urged the supporters to patronize the insurance products to support the club financially.

Mr Kwabena Osei Bonsu, Chief Executive Officer of Big Cash Ghana Limited said sports development and promotion was paramount to the operations of the company and its partners.

‘For us as a sports agency it is indeed a dream come true to be associated with the club with its rich history,  and for that matter as Africa’s club of the century’ Mr Osei Bonsu added.