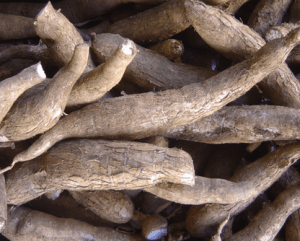 The Volta Region has recorded surpluses in cassava production over the years, Mr Samuel Kofi Larbi, Regional Director, Department of Agriculture has said.

Mr Larbi was speaking at an Inclusive Business Model training workshop for stakeholders in Ho.

The workshop, under the auspices of the Ministry of Food and Agriculture (MoFA) and the Food and Agriculture Organisation (FAO), received support from the European Union and on the theme, “strengthening linkages between small actors and buyers in the roots and tubers sector in Africa.”

The project is being implemented in seven countries in Africa with Ghana focusing on cassava.

Mr Larbi said cassava is grown all over the region with the Savanna Accelerated Development Authority (Volta north) being the highest areas under cultivation with good yields.

He said cassava is therefore not only a food security commodity but also an income generating commodity, helping to increase growth in incomes of farmers.

Mr Larbi said since 2014, his outfit with support from some donors rolled out processing technologies in some districts and facilitated formation of groups in cassava processing.

He said despite the efforts, there are issues of consumer acceptability, adoption of good agricultural practices and improved technologies and inadequate emphasis on commercial viability of cassava value chain addition.

He said consequently, farmers and small entrepreneurs do not appreciate their roles and responsibilities as value chain actors such as contracting, bulking, storage and marketing.

Mr Seth Osei-Akoto, of the Crop Services Directorate, MoFA said cassava, being a key staple in Ghana was selected for support, in line with the Ministry’s Sector Development Policy, which affirms the adoption of value chain approach towards developing food production.

Dr Abebe Haile Gabriel Gebroyohannes, FAO Representative in Ghana, in a speech read on his behalf said the project would prepare stakeholders to take advantage of opportunities in the country’s roots and tubers sector.