Nine die in a stampede in Kumasi during Eid concert

July 7, 2016 General News Comments Off on Nine die in a stampede in Kumasi during Eid concert 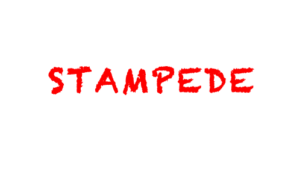 A concert to mark the Eid-al-Fitr festival at the Asawasi Community Centre in Kumasi ended tragically with nine revelers killed in a stampede.

Five other people suffered life-threatening injuries and are on admission at the Manhyia Government Hospital.

An eyewitness told the Ghana News Agency (GNA) that the incident happened at about 0200 hours on Thursday.

It was believed to have been triggered by a misunderstanding between two rival Muslim youth groups at the event’s grounds – sending the panic-stricken crowd rushing through the only gate to escape.

The sudden power interruption to the place also added to the confusion. In the process many fell down and they got trampled.

The bodies of the victims, mostly young people, had been deposited at the mortuary of the very facility where the injured are receiving treatment.

Alhaji Mubarak Muntaka, the Member of Parliament (MP) for Asawase, has expressed his deep shock and sadness about the tragic turn of events.

He said adequate measures had been put in place by the Asokore Mampong Municipal Security Council, to make the Eid-al-Fitr celebration in the area incident-free.

A decision had been taken with the police to end the celebration by 2200 hours, on Wednesday, but the youth on the blind side of the security agencies gathered at the Community Centre for the concert.

He said the police had worked hard to prevent any breakdown of law and order during the festival in the Muslim communities but some recalcitrant youth decided to do their own thing, resulting in the tragedy.