Ghana is giving little attention to migration and poverty – Report 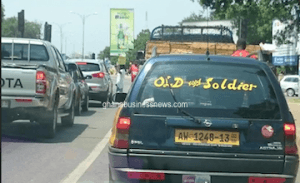 Key research findings of Migration to Cities Studies revealed that though, Ghana’s population has become increasingly urbanised, yet there is little attention given to the relationship between migration and poverty.

The research conducted by Migrating Out of Poverty (MOOP) Consortium at the University of Ghana, Legon, indicated that, earlier studies on migration and poverty outcomes did not examine how rural-urban migrants and their households in Ghana would have fared had migration not occurred.

MOOP project has two main components; Global Research and Regional Research, whereas all the five partners examine the same issues and make comparisons of their findings under the Global Research.

The Regional Research tends to focus on issues peculiar to each region.

The Migration to Cities in Ghana research is a Regional Research undertaken only in Ghana by the Centre for Migration Studies.

Speaking at a dissemination workshop in Accra on the theme:  “Migration to Cities in Ghana: An Analysis of the Counterfactuals,” Dr Teye provided a context for the research.

He observed that migration is a livelihood strategy adopted by poor people to escape poverty.

Dr Teye said the study was important as it provided a methodological contribution in both economic and social counterfactual analysis, provide information to households and potential migrants on the potential gains and losses of rural-urban migration, which would enable them make informed decisions about migration.

It also aimed at facilitating and creating an enabling environment with policy makers to leverage the opportunities of migration for Ghana’s bearing, family formation, and education.

Dr Teye said the study did not only look at the economic gains or losses, but social gains and losses were also examined to differentiate the study from other studies development through dialogue as well as incorporating migration in national social protection strategy.

Presenting the findings on the social counterfactuals looking at migration and marriage, migration and education and migration and social status amongst others, Dr. Teye said the study findings showed that the practice did not delay the marriage of majority of the migrants.

He said in some cases poor male migrants delay their marriage plans because they do not have accommodation and stable income, but in some cases migrants might rush ahead with a marriage before they leave home.

He stated that migration to cities could result in delays to starting a family but also have positive effects on education of migrants household.

He said: “Though migrants lose emotionally and psychologically as they miss their families back home, they however gain the respect of their families and friends because of financial transfers and investments in their villages.

“Also, travelling to the cities is enough to gain public recognition and respect in the originating communities.”

“He appealed to policy makers that migration to cities should not be negatively assessed as both male and female migrants perceived that their current wellbeing in Accra was better than when they had not migrated.

Likewise some households of migrants in the source regions attested that their families are better off now because of the migration of a family member.

Dr Louis Boakye-Yiadom, a Co-Researcher presented findings on the economic counterfactuals by explaining the models used to analyse the objective wellbeing of migrants and their households left behind.

Dr Boakye-Yaidom stated that the study found that on the average, migration is associated with a decline in consumption per capita.

He said households with a female migrant and are more likely to be successful with migration.

He said remittances play a very important role in determining, which households would be better off.

He said learning from migration appears also to play an influential role and finally having a skill prior to migrating increases the probability of success.

MOOP is a DFID funded project, which focuses on understanding the relationship between migration, poverty and development in five sub-regions across Africa, Europe and Asia and it is coordinated by the University of Sussex, United Kingdom.