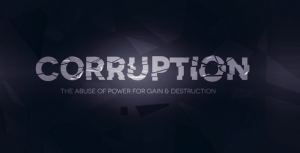 The Tool, when finalised, would serve as a guide for use by metropolitan, municipal and district assemblies (MMDAs), the ministries, departments and agencies (MDAs), as well as the private sector in writing their respective reports on their implementation of anti-corruption activities, using the Indicator Data Collection and Reporting Tool.

About 80 participants, including representatives from MMDAs, MDAs, civil society, security services, political parties and the private sector, would validate and input into the revised NACAP Reporting Tool for 2016.

Mr Charles Ayamdoo, the Director of Anti-Corruption at the Commission on Human Rights and Administrative Justice, at the opening on Wednesday, said the workshop was important following the gaps that were identified in the previous reports of MDAs and MMDAs submitted to the Commission.

According to him even though the CHRAJ had provided a prior training for all the key implementers of the Plan to build their capacities in the implementation of their roles under NACAP, only 19 out of the 43 institutions trained could submit their reports to the CHRAJ with copies to the Office of the President.

He said gaps such as the inadequate knowledge and capacity to use the Tool, as well as funding challenges were identified as some major setbacks to the smooth implementation of the Plan by the various implementing agencies.

He said most of those institutions fell short of the demands and procedures required for writing the NACAP reports, while others failed to submit their reports before the deadline.

Mr Ayamdoo said President Mahama has, however, emphasised the participation of all institutions in the implementation of the NACAP as a major step towards uprooting the corruption canker from the society, and has, therefore, issued a query to institutions who failed to submit their 2015 Reports, threatening to crack the whip if they did not yield to the regulations.

Ms Edna Degbe, a Principal Investigator with CHRAJ, in an overview of the NACAP, said it was adopted in July 2014 for implementation by stakeholders, which include public, private and not-for-profit organisations.

She said following its adoption, a directive from the Office of the President was issued, making all heads of institutions and leadership at all levels responsible for the oversight of the implementation of anti-corruption activities, taking into account budgeting and quarterly reports to the Monitoring and Evaluation Committee at CHRAJ, with copies to the Office of the President.

The NACAP, she said, had four strategic objectives which involved capacity building to condemn and fight corruption, making it a high-risk and low-gain activity; to institutionalise efficiency, accountability and transparency in the public, private and not-for-profit sectors.

It is also to engage individuals, media and civil society organisations in reporting and combating corruption and to conduct effective investigations and prosecutions of corrupt conduct.