Calls made for free zones in Central Region

July 2, 2016 General News Comments Off on Calls made for free zones in Central Region 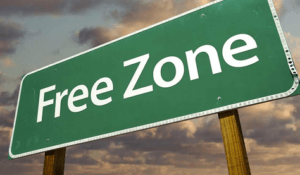 The Central Regional Chapter of the Ghana Chamber of Commerce and Industry has appealed to the Government to establish free zone enclaves in the region.

This would facilitate direct foreign investment, job creation and diversification of exports to help drive the economic development of the region.

Free Zones are designated areas where goods and services are produced for export as operators are given tax incentives and other benefits such as exemption from paying corporate income tax.

Mr Anthony Pokoo-Aikins, the Regional Chairman of the Chamber, said the region had immense investment opportunities and vast export market but it required major capital injection to explore and harness all its economic potentials to help stem poverty and improve living standards.

Making the appeal at the inauguration of an eleven-member Board of the Chamber in Cape Coast, Mr Pokoo-Aikins said the region had the potential of becoming the hub of most business activities in the country if effective collaborations were made.

The Board has Mr Anthony Pokoo-Aikins as Chairman, Mr George Harry Arthur, Vice Chairman and Mrs Abena Kankam as Secretary.

Mr Pokoo-Aikins said the region had a comparative advantage on agriculture and tourism and with the establishment of free zones many factories could be established to create jobs for the teaming unemployed youth there.

He said one of the core objectives of the Chamber was to bring on board all institutions to enable them to build the private sector.

Mr Pokoo-Aikins  appealed to the Government to make funds available for the Metropolitan, Municipal, and District Assemblies (MMDAs) to work effectively with the Chamber for the necessary paper works to be done to access the free zones.

Mr Pokoo-Aikins said more than 680,000 acres of land were available for use in the Central Region but only 10, 0000 was being used, an indication that the region was being underutilised.

He expressed concern about the situation where persons who served on boards of companies, especially government companies, had little or no knowledge on the activities of the companies.

Mr Pokoo-Aikins said such situations only derailed the progress of the companies and called on the Regional Co-ordinating Council to ensure that qualified persons were appointed to serve on boards of government institutions.

He said the Chamber had, for many occasions, secured donor funds to boost business activities in the country but it had been poorly managed and as a result, donor support agencies were reluctant to offer support to the country nowadays.

Mr Pokoo-Aikins said many tourist structures in the region were in bad condition and appealed to the Government to pay much attention to the tourism industry and make it more lucrative to attract more tourists.

Dr Edward Amarteyfio of the University of Cape Coast Business School said until business operators changed their attitude towards punctuality, transparency, good business practices and honesty, businesses in Ghana would not achieve the desired economic growth.

He challenged entrepreneurs to be innovative and urged all stakeholders to play their roles to ensure that Cape Coast and the Central Region became lucrative to investors.

He assured the Chamber of the university’s preparedness to collaborate with it for effective operation and mobilisation of resources to create the enabling environment for small and medium size businesses to grow.

Osabarima Kwesi Atta II, Omanhen of Oguaa Traditional Area, appealed to the new executives to work assiduously by ensuring that the Cape Coast Chamber becomes attractive to all business entities in and outside the region.