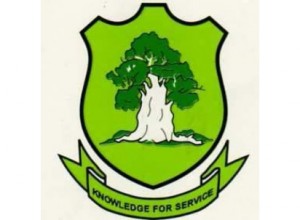 Each of the three campuses of the University for Development Studies (UDS) is to become autonomous, the Deputy Minister of Education, Mr Samuel Okudzeto Ablakwah, has announced.

This follows the recommendation made by the Expert Committee of Education that was set up by President John Mahama, to assess the possibility.

The Campuses are the Nyankpala Campus in Tamale of the Northern Region, the Navrongo Campus in Upper East Region   and the Wa Campus in the Upper West Region.

Mr Ablakwah who announced this in Bolgatanga, at the Government for the People Forum, said the decision was in tandem with the President’s vision to ensure that each of the Regions get a University.

The Government would engage stakeholders in education and chiefs from the three regions to make inputs into the interim report before making the campuses autonomous, he said.

He said to keep the identity of the UDS, the Committee in its report had proposed the name, the ‘University of Technology and Applied Sciences’ for the Navrongo Campus.

He said government is also developing the infrastructure of tertiary institutions in the region, the Bolgatanga Polytechnic, the Gbewa Teacher Training and St John Bosco Teacher Training colleges.

He said as a result of the importance the President attaches to technical and vocational training, government is embarking upon massive re-tooling of these academic entities with infrastructure in the 10 regions.

He said the government has made the biggest distribution of vehicles totaling 500, to educational institutions including senior high schools (SHSs) and tertiary institutions across the country

On the issue of the Feeding Grants for SHSs in the three Northern Regions, which had sent the students home, the Minister said government has instructed the Ministry of Finance to release GH₵ 44 million to pay for the arrears to enable the students to return to school latest by next week.

The Minister expressed regret about the slow pace of work on the Community Senior High School project and asked the contractors to work harder to complete the projects.

He impressed upon traditional rulers in the beneficiary communities to join in monitoring the exercise to ensure that quality work is done.

On gender parity in schools, the Minister said the Upper East Region and the Greater Accra Regions have the highest enrolment of girls in school than the rest.

He commended stakeholders in education in the region particularly the traditional rulers for complementing government’s efforts to achieve the good results.