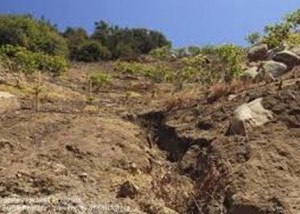 A new climate change project dubbed: “The   Adaptation Fund,” has been launched in the Upper East Region.

It is aimed at increasing resilience to Climate Change in Northern Ghana through water resources and diversification of livelihoods.

The four- year project with a total budget of $8,293,972 .19 is being executed at Savelugu, Bole, Zabzugu and Tatale in the Northern Region, Bawku Municipal, Bawku West, Bongo and Builsa in the Upper East Region and Lawra, Nadowli, and Sissala East in the Upper West Region.

It is focusing on the protection, restoration and management of water bodies such as rivers and streams as well as enhancing the livelihoods of communities living along water bodies.

The project is being executed by the Ministry of Environment, Science, Technology and Innovation in partnership with the United Nations Development Programme, with technical support from the Environmental Protection Agency (EPA) and the cooperation of sector ministries and agencies, NGOs and the private sector.

Briefing stakeholders at the launch in Bolgatanga Mr Peter A. Dery, the Project Coordinator said: “The objective will be achieved through key results centred on the improvement of water access.”

It would also increase institutional capacity and coordination for integral water management to support other uses of water resources especially for the diversification of livelihoods by rural communities.

This would be done by delivering three complementary outcomes including improved planning and management of water resources taking into account climate change impacts on surface and ground water.

Dr Emmanuel Tachie Obeng, the Project Technical Officer of the Adaptation Fund Project, stated that compared to the other places the three northern regions have higher degree of exposure to climate variability and change characterised by increasing temperatures and decreasing and erratic rainfall.

He said the creation of buffer zones and woodlots, restoration of river basins, river banks, creating of fire belts to combat bush fires, establishment of fish ponds, beehives, creating of eco-tourism sites to create incomes for the communities as some of the project goals.

The Upper East Regional Director of the EPA, Mr Asher Nkegbe, said the project would help complement the already Sustainable Land and Water Management interventions his outfit in collaboration with other stakeholders including the Department of Forestry is implementing.

He expressed optimism that the implementation of the new project would help address the issue of climate change, and lead to improve food security and the livelihoods of community members.

He, therefore, called on the political heads of the beneficiary districts, chiefs, youth among others to join the crusade in the implementation of the project.

The occasion was also used to form the Regional Climate Change Adaptation Committee to help in the implementation of the   project.