May 27, 2016 General News Comments Off on Ghanaians urged to demand accountability from government 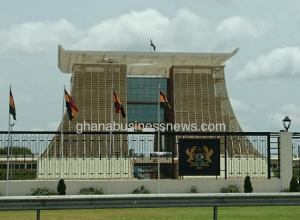 Mr Kanton said this during a stakeholder engagement on the state of public service delivery in Ghana in Funsi in the Wa East District.

The campaign is under the “I am aware” initiative by the Center for Democratic Development (CDD) and supported by UNICEF with CDA acting as the local implementing partner in the Upper West Region.

Mr Kanton said the “I am aware” initiative was, therefore, meant to ensure that citizens were empowered with evidence-based data that would enable them to improve on their demand for accountability in their localities to ensure better service delivery.

Mr Kanton said data on the six thematic areas, right from national, regional and to the district levels, was available on the “I am aware” website for citizens to access and be informed about the state of public service delivery in their localities.

He said the data was also there to help address the information deficiency in the country’s local governance system and urged citizens to access this information and become properly informed to be able to engage service providers and demand accountability.

Mr Edmund Badie, the Assemblyman for Buffiama Electoral Area, a participant, said accessing data from the assembly was initially very difficult adding that the initiative had come to address that challenge.

Ali Saudatu, a staff of the District National Disaster Management Organisation (NADMO), bemoaned the low skilled delivery rate in the district as revealed by the data and called for more midwives to be posted there to help pregnant women deliver safely.

She called for the grading of the roads in the district to facilitate easy transportation of pregnant women to the health centres  since it was a major contributory factor to maternal mortality in the district.