May 25, 2016 General News Comments Off on Government has pledged to pay debt soon – WAPCo 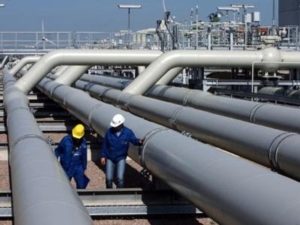 The West African Gas Pipeline Company Ltd (WAPCo) says government has given assurance to pay its $100 million debt it owes the company soon.

“We have held discussions on the debt issue and government has indicated its commitment to pay its debts”, Mrs Harriet Wereko Brobbey, General Manager of Corporate Affairs at WAPCo, disclosed.

In an interview with the Ghana News Agency in Tema, she said the gas transporter has no reason to doubt governmen’s assurances on the matter.

According to her the huge debt was hampering its efforts to invest in its operations and facilities.

Mrs Wereko Brobbey hinted that the Volta River Authority (VRA) is funding the upgrading of the gas pipeline facility as an interested off taker to handle 120 million cubic metres a day, fifty million more than its peak flow at the moment.

“The second phase will take the capacity to more than 200 million cubic metres”, she said.