May 17, 2016 Politics Comments Off on PNC promises to stop environmental destruction 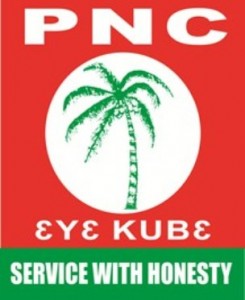 The People’s National Convention (PNC) has vowed robust and stringent measures to stop the growing degradation of the environment if voted to power.

Mr. Seidu Suleman, the Ashanti Regional Secretary, said the party would go to every length to make sure that activities in the extractive sector were properly monitored, supervised and regulated to protect the forests and water bodies.

This, he told the Ghana News Agency (GNA), would require a review of the existing environmental laws and strengthening of the regulatory bodies.

He gave the assurance that state institutions charged to protect the environment would be supplied with the tools and resources needed to perform.

Mr. Suleman expressed concern about the unrestrained pollution of rivers and streams including the Pra River – running through Ashanti, Central, Eastern and Western Regions – by illegal gold miners, and said something drastic would be done to restore some level of sanity.

He stated that a PNC government would see to it that everybody finds space to contribute their part to safeguard the environment.

There would be effective collaboration between the district assemblies, environmental protection agencies, the community and the security services in the fight to keep the environment safe.

He said preserving the environment for the present generation and posterity would be made an urgent priority of the PNC Administration led by Dr. Edward Nasigri Mahama.