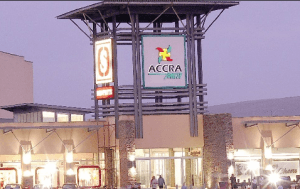 Ghana’s economy has recorded steady positive growth and substantial transformation for the past 30 years, economists have said in a report.

However, they have raised worry over the widening inequality gap disfavouring the poor.

According to the Ghana Poverty and Inequality Report, released in 2016, while around a third of all national consumption is attributed to the wealthiest 10 per cent, the poorest 10 per cent citizens consume just 1.72 per cent.

The widened disparity in income, they say, now sees the richest people consuming 6.8 times more food than the poorest, increasing up by 0.4 in the last 10 years.

Professor Andy Mckay of the Economics Department of University of Sussex, England, who presented the report in Accra, said: ”The growth rate among the two groups has witnessed positive trends since the 1990s, but the poor’s growth rate has been lower than the wealthiest groups.”

McKay said: “A policy is needed to address this phenomenon and ensure that the poorest benefit more equitably”.

The report, commissioned by the United Nations International Children’s Fund (UNICEF), covered a period of 20 years.

Policymakers, economists, representatives of civil society groups and a host of development partners attended the launch of the report.

“Looking at consumption levels, we see that the gap between the poorest 10 per cent and the richest 10 per cent of the population has been on the rise, and has also increased since 2006,” Mr Mackay said.

“We also found that the average consumption of this wealthiest group increased by 27 per cent between 2006 and 2013, whereas for the poorest, it only increased by 19 per cent, meaning growth for the richest group was over 1.4 times greater than for the poorest in this period.”

However, he observed that within the same period the poorest started catching up – albeit very slowly – with better off groups in terms of consumption levels.

The slowdown in disparity has been ascribed to targeted programmes such as the Livelihood Empowerment Against Poverty cash transfer for the extreme poor.

While this might have contributed to the effect, the researchers noted multiple factors related to the economy’s transformation and urbanisation could have been responsible.

The report says since 2006, the rise in inequality cut down poverty reduction by 1.1 percentage points, equivalent to maintaining around 289,822 people in poverty since that period who could have otherwise exited it.