May 5, 2016 General News Comments Off on Tomato farmers cry for processing plant 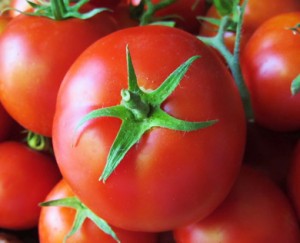 Tomato farmers at Afrancho in the Offinso North District have appealed for the installation of a processing plant to help them to get good returns on investment.

They said the situation where they were forced to sell large quantity of fresh tomatoes produced in the area at give-away prices to prevent these from getting rotten was a major disincentive.

Mr. Thompson Afriyie, the assembly member, who acted as their spokesman, told the Ghana News Agency (GNA), said the farmers were not getting commensurate returns.

He said things needed to radically change – to address the bottlenecks and improve their livelihood.

It is estimated that about 90,000 farmers are into tomato production in the country with majority of them concentrated in Afrancho and Akomadan in the Offinso North and Techiman.

The Food and Agriculture Organization (FAO) again, has put the number of Ghanaians engaged in both the raw and processed tomato retail and wholesale trade, at about 300,000.

Mr. Afriyie said it was on the basis of these significant figures that addressing the production challenges must become an urgent priority of the government.

Time is of the essence regarding the installation of processing plants, ensuring ready market and exposing farmers to improved technologies.

He also underlined the need to provide them access to credit and quality seeds, given the unreliable rainfall pattern.

Mr. Afriyie expressed anxiety that the area with its good agro-ecological conditions for all-year tomato production could be forced to switch to the cultivation of other crops if the challenges, were allowed to remain unsolved.

There already exist a state-of-the-art irrigation facility to support an all-year round production.