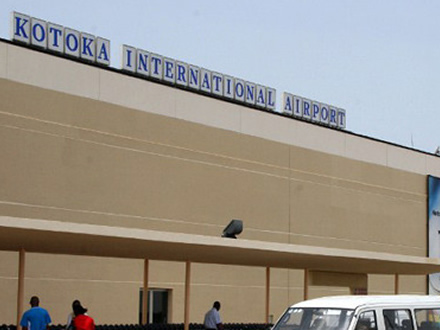 Mr Charles Asare, Managing Director, Ghana Airport Company Limited (GACL), says the company is losing its lands to encroachers due to its inability to secure the land title registration from the Lands Commission.

He said that the company has entered into negotiations with the Lands Commission to reverse the situation.

Speaking during a familirisation visit by Mr Fifi Kwettey, the Minister of Transport; Mr Asare noted that the absence of land title deeds is also making it difficult for the company to get loans from banks for its developmental projects as the banks would need it collateral.

He said the absence of appropriate legal framework to empower the GACL to perform its functions is a great concern.

He said the new board which was put together in 2013 had developed an agenda with the sole aim of improving the standard of the GACL to international level with the best practices.

Mr Asare said the company also intends to go into freight forwarding business and is frantically looking for a partner for that project.

“We also intend to go into hotel business, put up a shopping centre, all with the aim of serving people,” he said.

He called on Government to give the company tax exemption on a $400 million loan it had secured for its projects.

Mr Fifi Kwettey, said the transportation sector plays a major role in the economy of every country and cited Dubai as one of the country, which has been able to boost its economy and attracted a lot of foreign visits and investments due to the robust nature of its transport system, especially its airports.

He congratulated the GACL for working assiduously to gradually wean itself from government support.

Mr Kwettey said airports have always served as the first point of call for every country and therefore needed all the necessary attention to make them look beautiful and attractive.

The Minister used the occasion to familiarise himself with some of the ongoing projects at the Kotoka International Airport which included the Cargo Centre, Terminal 3 and Terminal 2 Extension which comprise of a Data Centre, Arrival and Transit Lounges and also visited the Ghana Civil Aviation Authority (GCAA).

Mr Simon Allottey, Managing Director, GCAA, said the company as a regulator is doing all it could to support companies under its umbrella.

He said one of the core mandates of the authority is to reach out to them and find out how best they could be helped, especially in the area of ensuring safety.

He cited high cost of financing aviation industry infrastructure, encroachment of GCAA lands, the emerging security threat due to terrorism as some of the challenges that the organization faced.

Mr Allotey said the GCAA needs to implement a new aviation safety policy which would provide them with the needed resources to discharge its duties well.

He said the organisation is working to develop its Aviation Training Academy into one which would attract people in the aviation sector from the sub region.

The minister and his entourage also visited some of the facilities at the GCAA including the Training Academy, the Radio Detection and Ranging, which is used to detect the speed and the altitude at which the plane flies as well as the Air Traffic Control Tower, which serves as the communication hub between pilots and air traffic controllers.

Epidemiologist call for biosecurity measures against Avian Influenza in Ghana