May 3, 2016 General News Comments Off on President Mahama tasks ECG to respond promptly to complaints 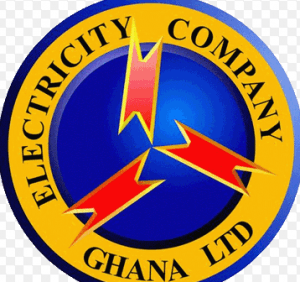 President John Dramani Mahama has called on the Electricity Company of Ghana (ECG) to promptly respond to complaints of erratic billing of customers due to faulty meters.

The President further tasked the ECG to take urgent steps to correct the anomalies in the meters as soon as possible.

President Mahama made the call during the May Day Celebration in Wa. It was on the theme: “The Role of Workers in Securing Peaceful Elections for National Development”.

President Mahama used the occasion to express his appreciation to Ghanaians for accepting and understanding the need to adjust electricity tariffs upward.

He explained that the strategic decision was necessary for the sustainability of the State Owned Enterprises (SOEs) such as the Volta River Authority, Ghana GRID Company (GRIDCo) and the ECG.

The President however said that with further negotiations, the tariffs were adjusted downward to cushion the poor and vulnerable in the society.

President Mahama commended the workers of the Tema Oil Refinery (TOR) and the Bulk Oil Storage Transportation (BOST) for the positive working partnership between labour management and the Government.

“We have seen workers sacrifice and work at the highest international standards and not only have these combine efforts brought back the crippled national assets but have also restored national security,” he said.

“I am happy to announce that the refinery is working efficiently, staff morale is high and TOR is well on truck to recapture her glory days,” The President said.

He said the refinery had processed millions of barrels of high quality fuel which accounted for more than one-third of their national consumption.

By this performance and effort, the workers of TOR and BOST had set the stage for the expansion of the refinery from the current 45,000 barrels per day to 60,000 barrels per day, which should account for close to 65 per cent of their national consumption, he said.

President Mahama said it was an important step forward in consolidating not only our national fuel security but also the creation of high skill and high paying jobs for the people of Ghana.

He said the examples of TOR and BOST had disproved the widely held notion that SOEs could not run efficiently.

He called on other SOEs that were gripped by this liturgy and demoralisation to learn from those two organisations.

“Today, I wish to commend these two companies for doing what was termed impossible and by this, we are inching closer to the realisation of my vision to make Ghana the petroleum hub of West Africa,” he said.

President Mahama said the vision would create more jobs in both the formal and the informal sectors owing to the fact that they had achieved significant stability and the economy was beginning to show the dividend from the prudent measures government had been implementing over the last three years.