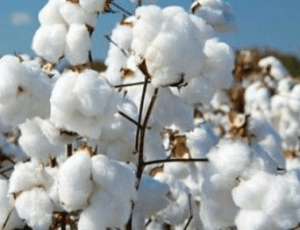 Richard Babini Kanton VI, the Paramount Chief of the Tumu Traditional Area, has said cotton farmers in the Upper West Region have been badly affected by OLAM Ghana’s withdrawal of operations in the area.

Addressing the chiefs and people at the “Paari Gbelle” festival of the Tumu Traditional, the Kuoro Kanton, therefore, appealed to the Government to find investors to revamp cotton production to feed the defunct Tumu Cotton Ginnery, saying it has become a “white elephant”.

“The Upper West Region has a huge potential for cotton production,  which farmers can rely on to enhance their livelihoods and reduce poverty,” he stated. “Government should consider repackaging of the initiative to bring about the needed results.”

With the Government’s commitment to revamp the cotton industry in the Region, it launched the “White Gold” initiative in 2010 to provide income opportunities for majority of farmers.

OLAM was thus given the task to revamp cotton production in the Region, a measure that brought the hope of socio-economic prosperity to the farmers.

However, in 2014, the company folded up leaving cotton farmers in limbo.

Records on the operations of the Company show that OLAM Ghana invested $10 million in cotton production in the 2011 farming season, which it intended to increase to $35 million in the following year’s cropping season, with the engagement of more farmers.

However, in 2011, it produced 8,000 tonnes of cotton instead of the 10,000 tonnes it projected, thus realising a shortfall of 2,000 tonnes due to the erratic rainfall pattern that characterised the season.

The official records say the company intended to increase the acreage to 100,000 hectares within the next four years when the majority of the farmers in the Region would have been brought on board.

In an interview on why things did not work out, some cotton farmers, however, told the GNA that the poor pricing of seed cotton was a disincentive.

The farmers said they made more gain from crops such as maize and cotton, than from cotton.

Additionally, they said, the monopoly held by OLAM put them at a disadvantage in terms of bargaining, so they abandoned the cultivation of cotton to produce crops, which had higher demand and better prices.

OLAM’s aim was to upgrade the farmers and their income levels within the shortest possible, its official records, however, say.

It was part of the project for the company to make available tractors, insecticides and fertiliser among others, to the farmers at the appropriate periods within the cropping season to enhance production.

Composite manure was also to be developed to help farmers replenish less fertile cotton fields, while there were plans to provide some assistance to the children of cotton farmers.

The company also intended to encourage farmers to uproot cotton stocks and sell them to it to generate at least 50 megawatts of electricity to power the ginnery.