Offshore companies in the global economy

April 4, 2016 Feature Articles, Lead Comments Off on Offshore companies in the global economy 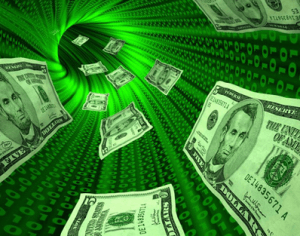 The global media is awash with news of the Panama Papers, and it is the biggest leak in journalistic history. The documents show how several politicians and public officials have hidden their assets through offshore companies in tax havens.

But what are offshore companies and how do people hide wealth through them? While many may have encountered the term offshore company, not so many have an understanding of what they are and their modus operandi.

Offshore companies are corporations registered in offshore financial centres (tax havens), which are secretive and usually remote jurisdictions that provide financial and other services to non-residents.

Apart from offering low personal and corporate income tax rates, such financially secretive jurisdictions do not disclose the personal and financial account information of their clients or the identities of owners and shareholders of corporations registered there. It is extremely difficult to get information about companies registered offshore, except through court orders.

While these secrecy jurisdictions and the anonymous companies that can easily be incorporated there are not necessarily illegal or criminal, they have become attractive to corrupt politicians and criminals such as drug traffickers and terrorists who wish to safely hide their ill-gotten wealth, as well as enterprises who wish to avoid paying their fair share of taxes to the countries where they do business.

Tax havens therefore, usually have financial sectors that are disproportionately larger than the resident population

Offshore companies are not inherently illegal, and corporations in legal and legitimate business may register companies in secrecy jurisdictions in order to realize the legal and financial benefits that tax havens offer.

However, offshore companies and the transactions available to them – opening of accounts, buying, selling and sending money, owning assets and owning other companies – are a conduit for a lot of illicit financial flows that deprive governments of resources needed for development.

Mo Ibrahim argues strongly that “There is absolutely no good reason for someone to have an anonymous company.”

A report by the Global Financial Integrity, a Washington DC-based research and advisory organization found that the global volumes of illicit financial flows reached $1.1 trillion in 2013, while the developing world lost $7.8 trillion between 2004 and 2013, the last year for which data are available.

Africa is reported to be losing about $50 billion annually to illicit financial flows.

Much of the money was siphoned through offshore companies.

Offshore companies’ ability to own other companies in other jurisdictions also create dead ends for investigators.

According to Global Witness, an international NGO that campaigns against corruption and tax avoidance among other issues, the gargantuan fortunes accumulated by corrupt leaders such as Nigeria’s Sani Abacha and Mobutu Sese Seko of the Democratic Republic of Congo, are often reliant on such anonymous companies.

A report by the UN Office on Drugs and Crime (UNODC) and the Stolen Asset Recovery Initiative of the World Bank which reviewed 213 corruption cases between 1980 and 2010, found that over 70 per cent of them used offshore companies.

The Panama Papers claim to expose the offshore holdings of 12 current and former world leaders and provides data on the financial activities of 128 other politicians and public officials from different countries.

The more than 11 million documents, about 2.6TB of data raises questions about offshore centres, and some governments are likely to be compelled to review their laws about offshore companies.

Anti-corruption organization, Transparency International has renewed calls for world leaders and the international community to outlaw secret companies, and the Tax Justice Network adding its voice, is calling for an end to the practice.