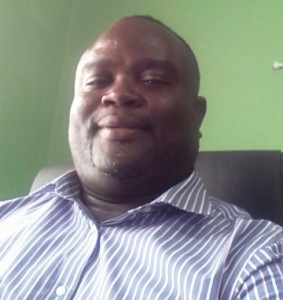 The Norlympics President Mr. Norbert Amefu has dragged the head of Sports of Asempa fm/Adom fm, Mr. Benedict Kwadwo Mensah ‘Moshosho’ to court for redress after the latter levelled false allegations against him.

The President filed a suit on February 24 at the High Court of Justice and the case is expected to be called later in March.

Amefu, said ‘Moshosho’, the host of Adom Sports show on November 28, 2015 spewed defamatory comments against him, calling him a criminally-minded person who had collected various sums of money from children on the premise that he was organizing a tournament he was not authorised to do.

According to Amefu, Moshosho further said that the parents of the children should report the former to the police for criminal offence with the view that he was posing as a Kikkwon Representative for the World Children Taekwondo Union and had also bribed the Deputy Director of the National Sports Authority to engage in such acts.

In view of this, Master Amefu, said he was negatively affected by the comments and decided to drag the Asempa fm/Adom fm sports show host to court saying that his hard-earned reputation had been dented.

He explained to the GNA Sports that, efforts to take a copy of the tape had been unsuccessful, whilst his demand for rejoinder on the programme was also declined.

“My lawyers wrote to the programs manager, but he also refused and till date nobody has said anything to us. So we decided to go to court for redress because I have being doing Taekwondo for about 35 years and I will not sit down for any young journalist to ruin my reputation. “

‘‘From the way he called me a criminal, I want the truth to be out and I will prove my case in court since he refused to give me the opportunity to comment on the case and he must also prove with evidence,’’ Mr. Amefu said.

He added that, the allegation has affected his sponsorship drive.