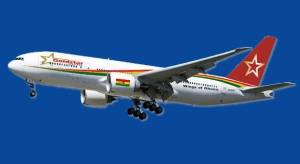 Amidst lower fuel prices in 2016, profits of the global airline industry will remain strong, supporting a positive outlook on the industry for the next 12 to 18 months, according to a new report by credit ratings agency Moody’s.

Moody’s expects the airline industry’s operating margin to top 10 per cent this year.

According to the report, “Global Airline Industry: Margins to Rise on Lower Fuel Prices, Steady Demand Growth; Yields to Remain Flat”, US carriers will continue to maintain the highest operating margins, owing partly to a mature domestic market and their modest exposure to weaker foreign currencies.

“Demand is rising due to modest but steady global economic growth, higher disposable incomes amid lower petroleum prices, attractive fares, and the growth of air travel in the developing world.”

Moody’s says it does not expect fuel price drops to lead to a more meaningful expansion of industry operating margins; higher labour costs, continuing revenue pressures, fuel hedging, and a potentially stronger US dollar will alleviate the benefits of the price decline.