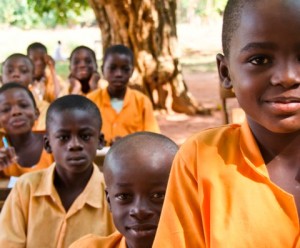 The Sawla-Tuna-Kalba District in the Northern Region, has achieved 80 per cent access to education in terms of school infrastructure, Alhaji Mumuni Isaac Dramani, the District Chief Executive (DCE) has said.

He said the district assembly has invested sufficient resources into school infrastructure, a number of classroom blocks, dormitories, teachers’ quarters, dining halls and the supply of 4,500 dual desks to schools, 850 teachers’ tables and chairs and 2,500 kindergarten tables.

Alhaji Dramani was accounting to the residents of the district at a Town Hall Meeting to share information on the implementation of development programmes and to get a feedback on the execution of government policies and programmes.

He said a major achievement of the assembly in education has been the establishment of the Sawla Senior High School and promised to work harder to improve infrastructure to increase intake of junior high school graduates and as well facilitate quality teaching and learning.

Alhaji Dramani said the assembly has been focusing on bridging the inequity gap in access to quality healthcare, provision of nutritional service and enhancing efficiency in service delivery.

The assembly has therefore upgraded infrastructure in the sector, including the construction of office accommodation for the National Health Insurance Scheme, the provision of a number of nurses’ quarters, Community-based Health Planning Service (CHPS) Compounds, health post, doctors’ bungalow, theatre block and the upgrading of the Sawla Health Centre to a Polyclinic.

The DCE said the Sawla-Tuna-Kalba district assembly has also devoted a larger per cent of its resources to the provision of safe drinking water to the people in the district, drilling and mechanisation of boreholes, rehabilitation of dugouts and building places of convenience aimed to reduce open defecation.

Alhaji Dramani said the assembly is also supporting agriculture to increase food production and encourage farmers to undertake large-scale cashew cultivation of which the district has an advantage.

The assembly is also constructing and reshaping feeder roads to open communities to facilitate the movement of people, goods and services.

On security, Alhaji Dramani said the assembly has built police quarters, fire and ambulance stations at Sawla, and has provided fire tender and the renovation of staff bungalows to help promote peace.